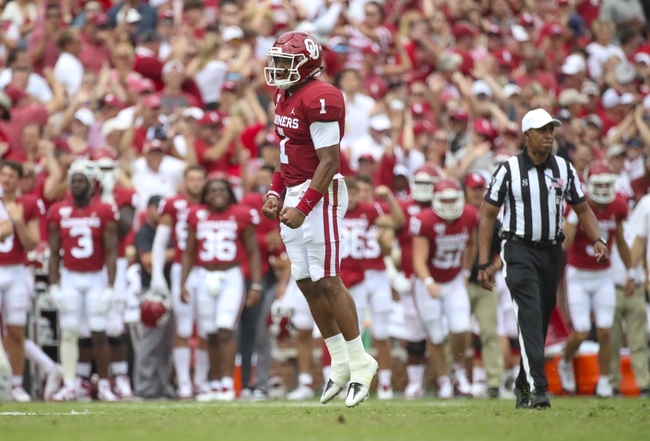 Memorial Stadium will play host to a Saturday afternoon college football clash between the Oklahoma Sooners and Kansas Jayhawks. The sixth ranked Sooners are undefeated and ledy by Heisman Trophy candidate Jalen Hurts. On Saturday, Hurts threw for 415 yards and three touchdowns during an easy 55-16 home victory versus Texas Tech. Trey Sermon rushed for 76 yards and a pair of scores for the Sooners.

Oklahoma managed to double Texas Tech in yards gained and averaged more than ten yards per play. The Sooners will have to cut down on their nine penalties for 114 yards moving forward.

The Kansas Jayhawks have made some strides under first year head coach Les Miles, but still have plenty of work left to do. Last weekend, Kansas showed just how far away they are from being competitive in the Big 12 during a 51-14 road loss against TCU. The Jayhawks allowed the Horned Frogs to roll up 625 yards of total offense and managed to possess the ball for just over 20 minutes.

Oklahoma has won 14 straight games in a series in which they have dominated. This could be considered a look ahead spot, as the Sooners will face Texas next. However, Oklahoma is clicking on all cylinders and will have this covered by halftime. Final Score Prediction, Oklahoma Sooners 59-10.