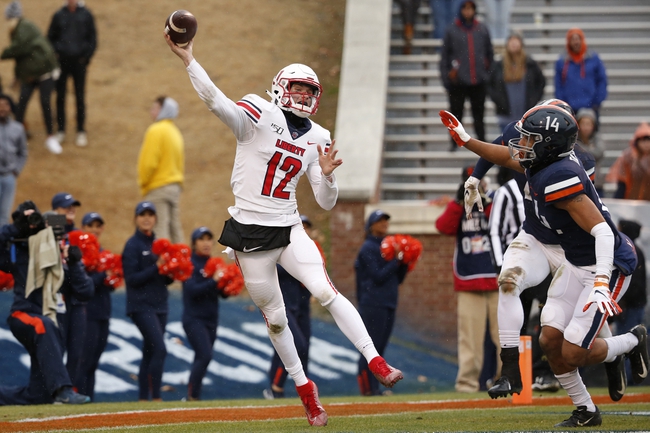 The New Mexico State Aggies head across the country on Saturday to Williams Stadium in Lynchburg, Virginia to play the Liberty Flames. The Aggies improved to 2-9 on the season following a 44-35 victory on Saturday over the UTEP Miners. Jason Huntley gained 181 on the ground on 14 carries and scored three touchdowns as the Aggies won their second straight.

Liberty fell to 6-5 following its 55-27 loss to the Virginia Cavaliers on Saturday. Liberty led at one time 14-10 but an interception turned the game around. Stephen Calvert threw two touchdown passes for Liberty and the interception was Calvert’s first in 296 pass attempts. A win on Saturday versus the Aggies by Liberty makes them bowl eligible.

Stephen Calvert has thrown for 3,224 yards, 25 touchdowns and five interceptions for Liberty. Frankie Hickson is the leading rusher with 725 yards and eight touchdowns, while Antonio Gandy-Golden is the leading receiver with 1,304 yards and nine touchdowns. Solomon Ajayi leads the Flames with 80 tackles.

Liberty has a strong passing threat down field between quarterback Josh Edwards and Antonio Gandy-Golden. The wide out has over 1,300 yards receiving and nine touchdown receptions. The Flames will use their running attack to open up the deep throws over the middle picking apart the Aggies porous secondary and win big at home. Final Score Prediction, Liberty Flames win and cover ATS 44-21