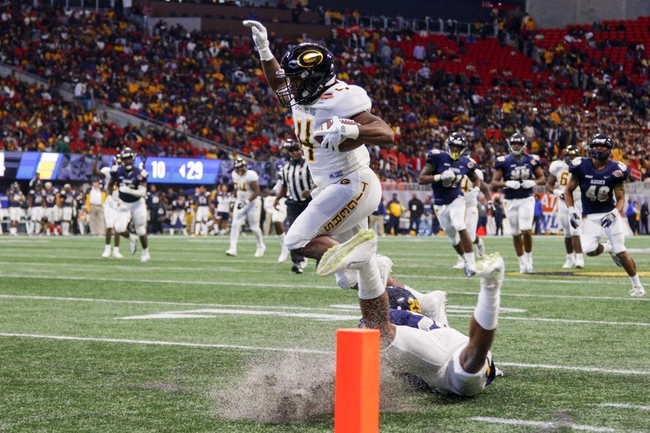 The Grambling State Tigers and the Louisiana-Monroe Warhawks will match up on the college football circuit Saturday to open their seasons.

The Tigers managed a winning season in 2018, going 6-5 overall and 4-3 in SWAC play. That left Grambling State in second place in the West Division but was a step back from an 11-2 campaign the year before.

This season, the Tigers will bring back Broderick Fobbs in his sixth season as head coach, joined by Everett Todd in his sixth year as DC. Mark Orlando will make his debut for Grambling State as OC this season as well.

Over on the Louisiana-Monroe side, they’re coming off a .500 record at 6-6 in 2018 and a 4-4 finish in the Sun Belt Conference. That left the Warhawks in third place in the West Division.

2019 marks the return of head coach Matt Viator in his fourth season at the helm for the Warhawks. Joining him are OC Matt Kubik and DC Mike Collins, also in their fourth seasons with the team in those roles.

Meanwhile, the under is 6-1 in the Warhawks’ last seven non-conference games and 5-1 in the last six overall. The under is also 5-1 in Louisiana-Monroe’s last six games in August.

Despite a meandering 2018 campaign, the Tigers are set up fairly well here and should place well in the division. Grambling State will have their hands full with the likes of Southern and Prairie View A&M however.

As for Louisiana-Monroe, they’ve got some work to do against the likes of Arkansas State and an emergent Louisiana but have the leadership in place to post another solid campaign.

That said, I’m sticking with Grambling in this one.