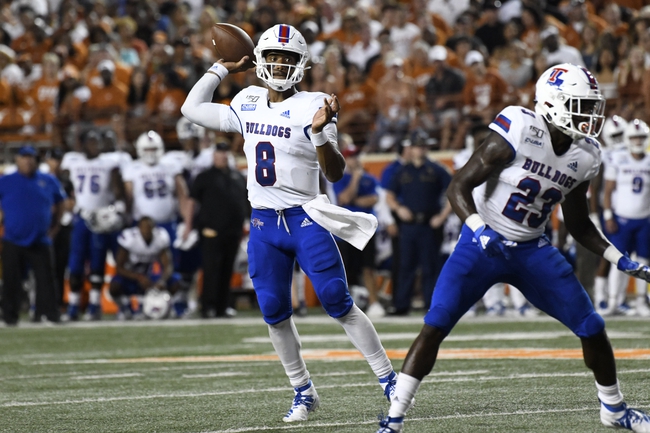 On Saturday, the UMass Minutemen visit Joe Aillet Stadium in Ruston, Louisiana to play the Louisiana Tech Bulldogs. UMass fell to 1-5 on the season following its 44-0 loss to FIU. The Minutemen fell behind 17-0 after one quarter and 34-0 at the half and never recovered. UMass gained just 115 total yards of offense in the embarrassing loss and had just five first downs through three quarters.

Louisiana Tech had a bye in Week 6 and needed overtime to beat Rice 23-20 in its most recent outing eight days ago. J’Mar Smith rushed for a touchdown in OT for the win. Smith finished the game with 210 yards passing and one touchdown pass. Justin Henderson rushed for 64 yards and one touchdown, while Bailey Hale booted a field goal of 31 yards.

The UNDER has cashed in 9 of the Bulldogs last 11

UMass has played poorly all season with very little offense and a defense that gets worn down during the game due to being on the field so often. Nevertheless, a spread of more than four touchdowns will be difficult for Louisiana Tech to cover, even at home. The Bulldogs have failed to cover 5 of the last 7 at home and 5 of the last 6 versus an opponent with a losing record on the road. Final Score Prediction, Louisiana Tech Bulldogs win but come up short ATS 48-20