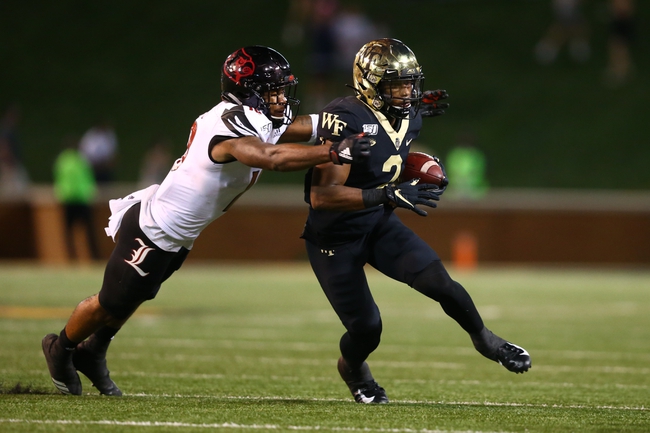 Tigers quarterback Trevor Lawrence last week was 17/25 for 170 yds, 3TD’s and 1 INT. He also added 40 yds rushing on 6 carries for a touchdown. Clemson was led in rushing yards by Travis Etienne, he totaled 127 yds on 17 carries. Justyn Ross had 2 receiving touchdowns for the Tigers. Overall the Tigers outgained the Seminoles 552 to 253.  The Tigers had a total of 320 rushing yards on the day.  The Tigers defense forced 4 turnovers.

With Louisville quarterback Jawon Pass officially done for the season, coach Scott Satterfield has not announced who will start against Clemson.  Micale Cunningham has been the guy recently leading the offense as he has started since Pass went out, but Cunningham has left the past two games with injuries. Evan Conley a freshman took over for Cunningham in those games. Cardinals running back Javain Hawkins has rushed for 622 yds and 3 touchdowns thus far. Tutu Atwell has over 500 yds receiving and 6 touchdowns.

The Louisville defense is ranked 118th at the FBS level in points allowed per game at nearly 38 per game. Clemson on the other hand is only allowing 12 points per game which ranks 7th.  The Tigers rank 12th in points scored per game at 39. With the quarterback situation uncertain for the Louisville Cardinals and Louisville not being good ATS against conference opponents since last year, I’m going to take Clemson to cover. Final score prediction, Clemson wins and covers 42-14.