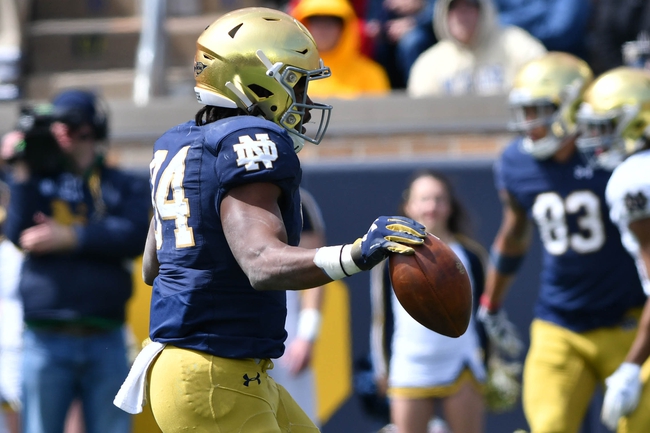 The Notre Dame Fighting Irish and the Louisville Cardinals will meet up on the college football circuit to kick off their seasons Monday, September 2.

Notre Dame posted a 12-1 record overall in 2018, and rolled through the regular season unblemished. The Irish’s season ended pretty shockingly however, as they were blown out by Clemson 30-3 in the Cotton Bowl Classic (CFP Semifinal).

Brian Kelly once again returns to the Irish sideline as head coach in his 10th season. He’ll be joined once again by offensive coordinator Chip Long and DC Clark Lea, in their third and second seasons respectively.

Over on the Louisville side, they’re fresh off a disappointing 2-10 record overall in 2018 and a blank 0-8 mark in the ACC. That put the Cardinals in dead last not only in the Atlantic Division but in the entire conference.

Notre Dame certainly isn’t going to sneak up on anyone this season, and they’ve got a few tough games on their schedule as they fight for a national title. That means the Irish need to come out and make a statement here as they’re heavily favored.

As for Louisville, it’s set to be a year of retooling and they probably won’t make it out of the basement in the division. So long as the Irish play as they’re capable, I don’t see a whole lot of issues with them covering here.