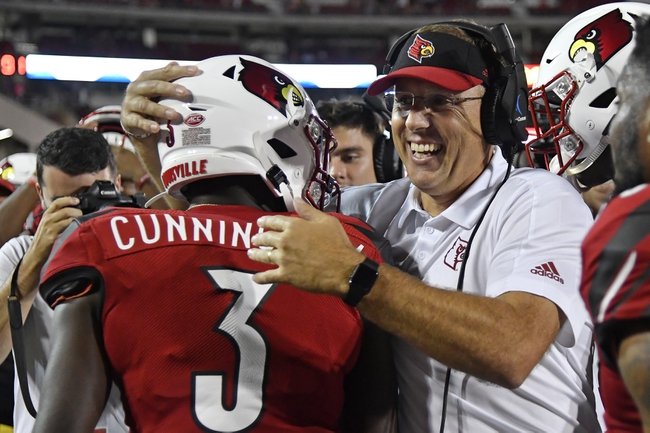 The Western Kentucky Hilltoppers and the Louisville Cardinals will meet up on the college football gridiron Saturday.

Western Kentucky enters this one with a 1-1 record overall. The Hilltoppers fell to Central Arkansas in the opening game 35-28 but then took out FIU 20-14 last week.

In the win over FIU, Western Kentucky QB Steven Duncan put up 241 yards, one TD and two picks. Gaej Walker led the run on 100 yards and a TD, and Lucky Jackson had 93 yards from six catches.

Louisville comes in with a 1-1 mark this season as well. The Cardinals fell to Notre Dame 35-17 to open things up but then got a big 42-0 blowout win over Eastern Kentucky in Week 2.

In the win over EKU, Louisville QB Jawon Pass had 196 yards with four touchdowns and a pick. Javian Hawkins led the Cardinals rush with 123 yards while Justin Marshall had 59 yards from two catches.

The Hilltoppers scored 14 points in the first half against FIU, but ran out of steam a bit down the stretch scoreboard-wise. Still, they get credit for holding the Panthers at bay.

Matched up against Louisville here however should be a different story. I doubt this one will be close. I’m going Cards.