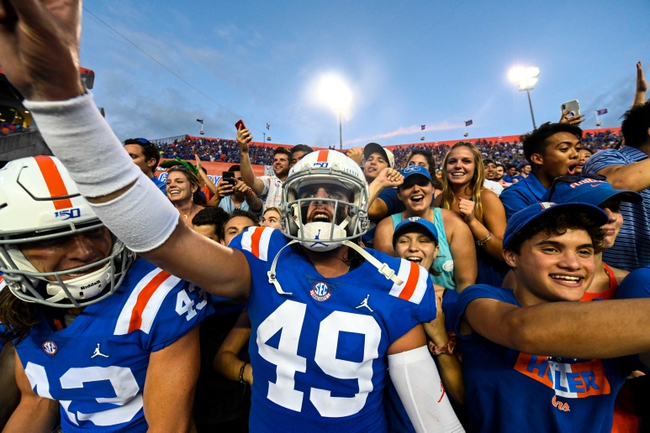 The Florida Gators will travel to Tiger Stadium in Baton Rouge, La. to take on the LSU Tigers in a prime-time top-10 SEC showdown.

These two teams with national title aspirations will face off in a battle of wills -- LSU’s elite offense against the Gators’ stifling defense. These are two of the best units in the country. LSU ranks at the top of FBS scoring an outrageous 57.8 points per game. Don’t expect that kind of scoring against Florida’s fifth-ranked scoring defense that allows just 8.8 points per game.

Florida’s defense boasts two shutouts in six games this season and gave up just three points against Tennessee. Florida also has a win over then-No. 7 ranked Auburn, allowing just 13 points along the way. LSU, on the other hand, has scored 42 or more points in all five of its games this year, and scored 65 and 66 in wins over Northwestern State and Vanderbilt respectively.

Something has to give in this matchup.

The question is simple: Can Florida avoid falling far behind in the first half? LSU has built sizable first half leads against all opponents this season, forcing opponents to take risks on defense allowing the Tigers to pull out to a blowout by the end of the game. The closest an opponent has been at the half was 24-14 over Northwestern State in a game that was really not ever in jeopardy. LSU scored 27 points in the third quarter of that game before winning 65-14.

Florida’s defense will be the key -- and it’s a good one. The Gators have allowed just nine points in the first quarter combined against their six opponents. That’s averaging just 1.5 points allowed in the first quarter per game this season. That fact alone must give some credence to Florida’s chances. And in the end, 13 points is a lot of points to give a team that has allowed more than that just twice this season.

LSU will most likely win, but 13 points is too much against one of the best defenses in the country. Take Florida and the points.