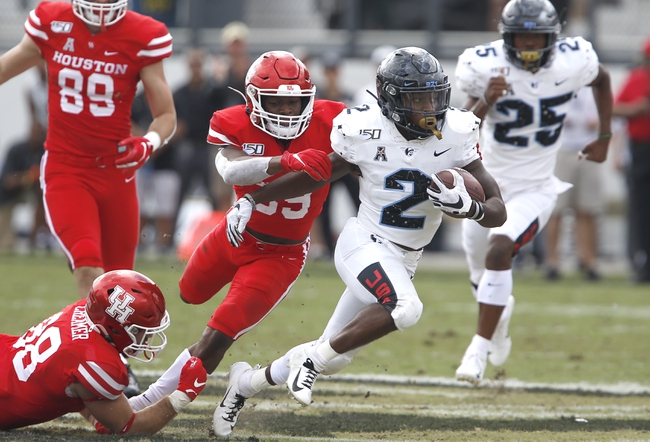 The UCF Knights will take on the Marshall Thundering Herd in the Bad Boy Mowers Gasparilla Bowl in Raymond James Stadium. The Knights were expected to be in another New Year’s Six Bowl this season but instead find themselves here. After taking an early loss against Pittsburgh in September, it was apparent that UCF was not going to make an undefeated run into the end of December.

Marshall won their final game in November with an overtime win against FIU. FIU, if you recall, defeated Miami in dominating fashion. For Marshall, it’s a good win, but a win you’d expect from Marshall anyway.

Isaiah Green has thrown for 2,265 yards and 14 touchdowns. However, he has nine interceptions on the year. Because Green can turn the ball over rather quickly, the Herd rely on Brenden Knox who has 244 attempts on the ground for 1,284 yards and 11 touchdowns.

Marshall allows 362.3 yards per game on the defensive end. If the Thundering Herd can get stops, the game will be tight. But don’t expect it. UCF is out to prove that this team is still capable of winning big games. Final score prediction, UCF Knights wins, 45-21.