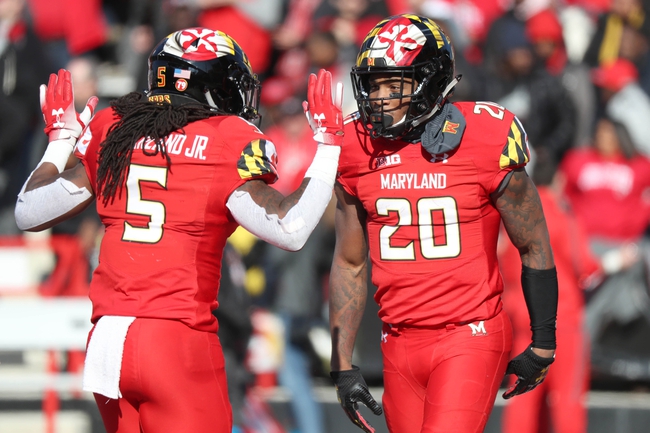 The Howard Bison are coming off a four-win season and will be led this year by former Kansas State coach Ron Prince, who was also a Michigan Wolverines offensive analyst last year. The Howard Bison have lost four of their last five road games. Last year, Howard averaged 33.6 points per game and 470.8 yards of total offense. Caylin Newton returns at quarterback after 22 touchdown passes and over 2,600 yards, while Dedrick Parson is back after 706 rushing yards and nine scores. Last year, Howard allowed 34.1 points per game and 448.7 yards of total offense. Marcellos Allison is back as the leading tackler after 71 tackles, while Zamon Robinson led the team with 5.5 sacks, and Tye Freeland had eight pass deflections.

The Maryland Terrapins have won six or less games each of the last four seasons and will have a new head coach for the third straight year with Mike Locksley leading the charge. The Maryland Terrapins have split their last six home games. Maryland returns four starters from an offense that averaged 28.5 points and 371.4 yards per game. Anthony McFarland will once again lead the offense after topping 1,000 rushing yards as a freshman, while a duo of wide receivers Jeshaun Jones and Dontay Demus should be productive. Maryland returns five starters from a defense that allowed 28.7 points and 390.4 yards per game. Linebacker Isaiah Davis returns after 94 tackles and two sacks, while cornerback Tino Ellis was tied for third in the Big Ten with 12 passes defended.

If the Maryland Terrapins are ready to put last year behind them and focus on being a productive team in the Big Ten instead of a punching bag, they cruise to a comfortable victory here. The Howard Bison were awful defensively last season and don't have the talent on either side of the ball to scare most teams in the FBS. This is a lollipop game for the Maryland Terrapins, and it's cubical they take advantage of it if this season is going to be respectable. With playmakers on offense and enough production on defense returning, this should be a blowout victory for the Terps.