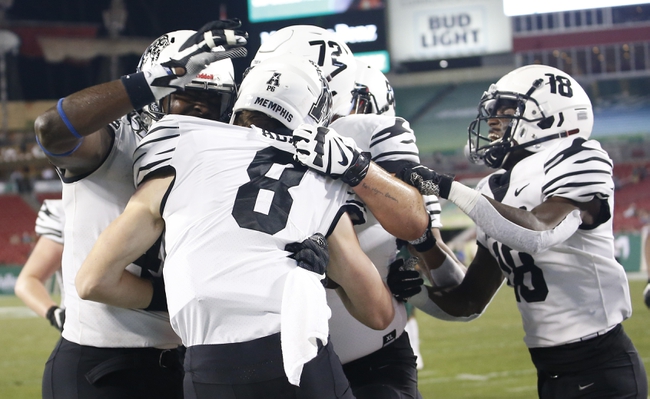 The #19 Cincinnati Bearcats travel to Tennessee on Friday for a game against the Memphis Tigers in a game between two teams from opposite divisions in the American Athletic Conference.  In their last game, the Bearcats were victorious against the Temple Owls, winning by the score of 15-13.  Cincinnati quarterback Desmond Ridder completed 9 of 25 passes for 62 yards and an interception on the day.  The lead rusher for Cincinnati was Michael Warren II who carried the ball 24 times for 106 yards and a touchdown.  The Bearcats’ lead receiver in the game was Rashad Medaris who caught 2 passes for 19 yards. The Cincinnati defense allowed a total of 310 yards to Temple, including just 78 yards on the ground.

With the win, the Bearcats are now 10-1 on the season and 7-0 in conference play which puts them in 1st place in the American Conference East Division.  Desmond Ridder has now thrown for 1,836 yards and 17 touchdown passes against 8 interceptions on the season.  Ridder has also rushed 112 times for 432 yards and a touchdown.  The lead rusher on the year for Cincinnati is Michael Warren II who has carried the ball 196 times for 939 yards and 11 touchdowns on the season.  Alec Pierce has been the Bearcats most productive receiver on the year as he has caught 25 passes for 457 yards and 2 touchdowns.

The #18 Memphis Tigers welcome the Cincinnati Bearcats to town after winning their last game 49-10 against the South Florida Bulls.  Tigers quarterback Brady White completed 18 of 28 passes for 222 yards and 2 touchdowns against 2 interceptions in the game.  Running back Kenneth Gainwell led the way for Memphis on the ground as he carried the ball 14 times for 128 yards.  Kedarian Jones was the leading reliever for the Tigers as he caught 6 passes for 99 yards and a touchdown in the game.  The Memphis defense allowed a total of 170 yards to the Bulls including just 44 yards through the air.

With the win, the Memphis Tigers moved to 10-1 on the season and are 6-1 in conference play which places them in 1st place in the American Conference West Division. Quarterback Brady White has thrown for 3,074 yards and 30 touchdowns on the year against 7 interceptions.  Kenneth Gainwell has led the Tigers in rushing, carrying the ball 189 times for 1,294 yards and 12 touchdowns.  Wide receiver Damonte Coxie has been the lead receiver for the Tiger this season as he has caught 53 passes for 834 yards and 8 touchdowns on the season.