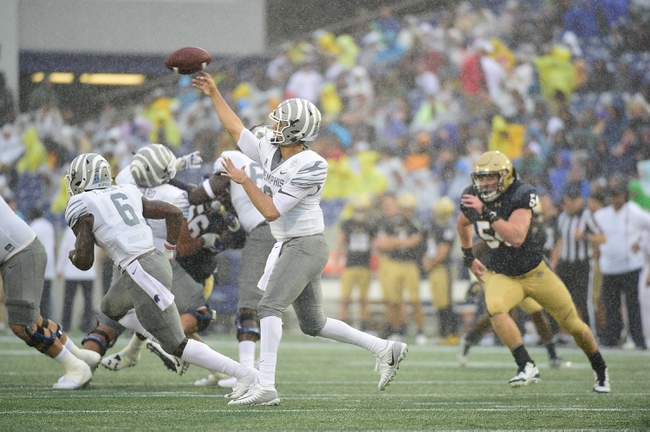 The Line: Memphis -11.5 -- Over/Under: Click to Get Latest Betting Odds

The Memphis Tigers look for a third home win to get off to a 4-0 start to the season. The Memphis Tigers have won four straight home games. Brady White is completing 72.2 percent of his passes for 718 yards, five touchdowns and two interceptions. White has two or more touchdown passes in six of his last 10 games. Damonte Coxie and Joey Magnifico have combined for 369 receiving yards on 19 receptions while Kedarian Jones has six receptions. The Memphis Tigers ground game is averaging 227 yards per contest, and Kenneth Gainwell leads the way with 307 yards and three touchdowns. Defensively, Memphis is allowing 13.3 points and 226.3 yards per game. JJ Russell leads the Memphis Tigers with 16 tackles, Tim Hart has one sack and Xavier Cullens has one interception.

The Navy Midshipmen are 8-4-1 ATS in their last 13 games when a double-digit underdog. The Memphis Tigers have covered 11 of their last 14 games when a double-digit favorite. The last two meetings between these clubs were decided by a combined four points and this should be another fun one with both teams having more than a week to prepare. The Memphis Tigers haven't been as impressive as I thought they'd be out of the gate, and it's always tough to blowout a team like Navy that controls the clock and can really take the air out of the game. I also have too much respect for coach Ken Niumatalolo to leave this many points on the table.