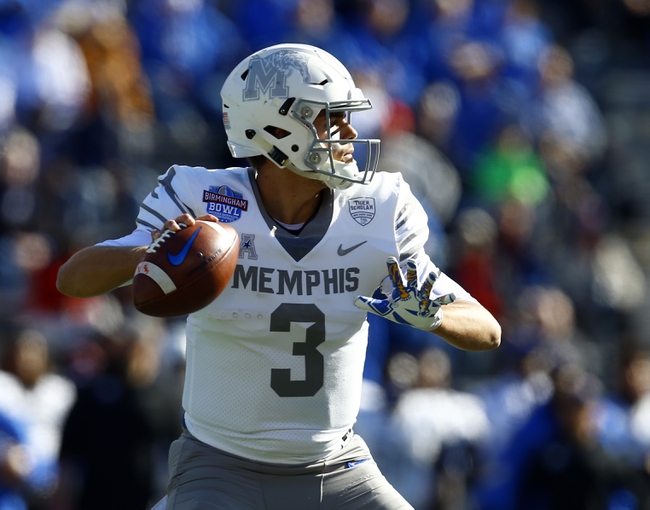 The Ole Miss Rebels have won six or less games in each of the last three years and could really use a confidence boosting victory to set the tone for this season. The Ole Miss Rebels have lost three of their last four road games. Ole Miss returns three starters from an offense that averaged 33.9 points and 510.5 yards per game. Ole Miss returns 10 starters from a defense that allowed 36.2 points and 483.4 yards per game.

The Memphis Tigers have won no less than eight games each of the last five years and are winning 65 percent of their games under head coach Mike Norvell. The Memphis Tigers have won six of their last seven home games. Memphis returns six starters from an offense that averaged 42.9 points and 523.1 yards per game. Brady White returns at QB after nearly 3,300 passing yards and 26 touchdowns, while Patrick Taylor Jr. will be the starting running back after 1,122 rushing yards and 16 touchdowns in a backup role. Memphis also returns three of its top-four receivers from last season. Memphis returns eight starters from a defense that allowed 31.9 points and 428.1 yards per game. Tyrez Lindsey returns after 71 tackles and two pass deflections, and linebacker Bryce Huff leads the second unit after 9.5 sacks and 19 tackles for loss. The Memphis Tigers are absolutely loaded and should have their eyes on a conference title and quality bowl berth.

Some will find value in taking an SEC team and free points over an AAC school, but the Memphis Tigers are loaded on both sides of the ball and have elite offensive playmakers to expose what was a bad Ole Miss defense last year. This is one of the more talented teams in Memphis program history and should put up video game numbers for much of the season. I just don't see the Ole Miss Rebels having enough horses to keep up. I'll take Memphis at home by a touchdown.