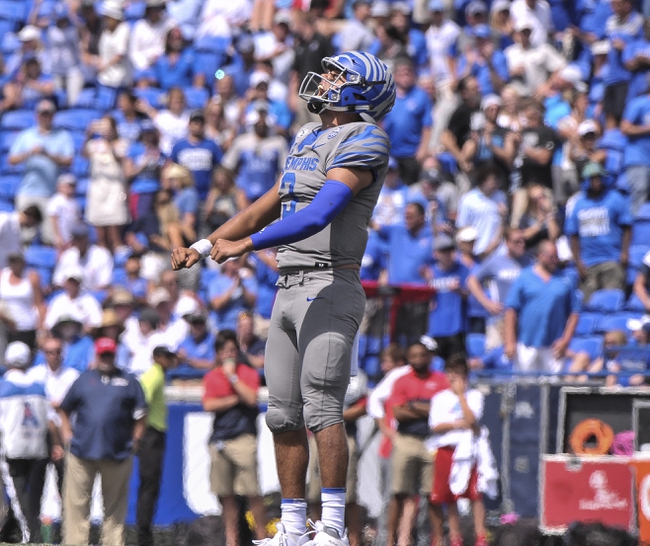 The Southern Jaguars look for a bounce back showing after losing their opener to McNeese State. The Southern Jaguars have lost four of their last five road games. Glendon McDaniel competed 11 of his 19 passes for 135 yards, one touchdown and zero interceptions. McDaniel will obviously have to be a lot more effective to have a chance in this contest. Hunter Register and Timothy Bedford have combined for 137 receiving yards and three touchdowns while Cameron Mackey has three receptions. The Southern Jaguars ground game is averaging 103 yards per contest, and Devon Benn leads the way with 33 yards on 11 carries. Defensively, Southern is allowing 34 points and 303 yards per game.

The Memphis Tigers look for a 2-0 start after an impressive 15-10 win over the Ole Miss Rebels. The Memphis Tigers have won seven of their last eight home games. Brady White is completing 74.2 percent of his passes for 172 yards, zero touchdowns and one interception. White has one or less touchdown passes in each of his last four games. Damonte Coxie and Kenneth Gainwell have combined for 85 receiving yards on 12 receptions while Pop Williams has four receptions. The Memphis Tigers ground game is averaging 192 yards per contest, and Patrick Taylor Jr. leads the way with 128 yards and one touchdown. Defensively, Memphis is allowing 10 points and 173 yards per game. Bryce Huff leads the Memphis Tigers with five tackles, La'Andre Thomas has one sack and Quindell Johnson has one interception.

The Southern Jaguars didn't look good in their season opener, and we can't forget they got smacked last years against TCU and Louisiana Tech. This is one of the better Memphis Tigers teams we've seen in quite some time and they have a chance to win the AAC. With Southern not having the horses offensively to hang, this is a contest Memphis should run away with. I'll eat the chalk.