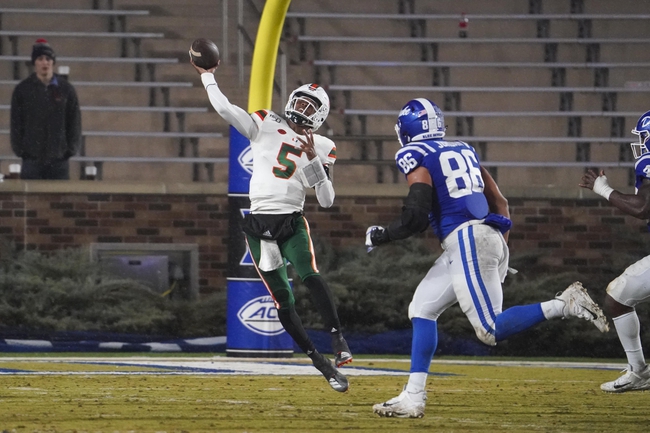 The LA Tech Bulldogs will take on the Miami Hurricanes in the Walk-On’s Independence Bowl at Independence Stadium. Miami clinched the bowl appearance on November 9th after a beat down against Louisville. Since then, Miami has losses to Florida International and Duke and find themselves playing .500 football.

Miami is led by Jarren Williams, the freshman quarterback that one the starting job with one week before the first game of the year. Williams has thrown for 2,093 yards and 19 touchdowns, along with six interceptions. DeeJay Dallas hasn’t seen as many rushing attempts as he would’ve liked with 115 on the year. He ran for 693 yards, averaging 6 yards per carry with eight touchdowns. Brevin Jordan has become the leading receiver with 35 receptions and 495 yards along with two touchdowns.

LA Tech has lost two of the last three games. The Bulldogs lost to UAB and Marshall, two bowl eligible teams but defeated UTSA in their most recent game. LA Tech is led by J’Mar Smith, the senior quarterback who has thrown for 2,814 yards and 17 touchdowns, while throwing just four interceptions all year. Justin Henderson leads the rushing attack with 166 attempts and 967 yards. He gets the goalline carries as he has 15 touchdowns, best for 12th in the nation.

Although it looks as though Miami has given up on the season, the Miami defense hasn’t been that bad this season as a whole. The Hurricanes have allowed an average of 307.6 yards per game on defense. LA Tech averages 445.2 yards on offense.

LA Tech can score against Conference USA opponents but facing an ACC opponent isn’t the same. The Hurricanes that suit up for this game will be looking to make a statement. Final Score Prediction, Miami wins and covers ATS, 24-14.