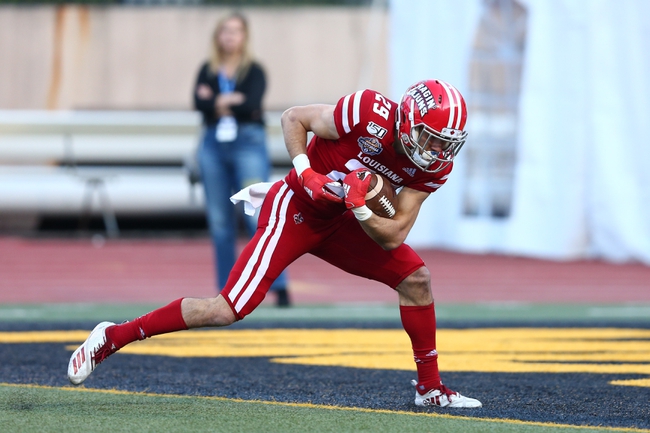 The Louisiana Ragin’ Cajuns head to Mobile, Alabama on January 6th, for a game against the Miami of Ohio RedHawks in the Lending Tree Bowl.  Louisiana finished the regular season with a record of 10-3 winning the Sun Belt East Division but losing to Appalachian State in the conference championship game by the score of 45-38.  Quarterback Levi Lewis has thrown for 2,804 yards and 24 touchdowns against 4 interceptions on the year.  Ja’Marcus Bradley has been the Ragin Cajuns leading receiver and has caught 53 passes for 818 yards and 8 touchdowns on the season.  The lead rusher for Louisiana has been Elijah Mitchell who has ran 187 times for 1,092 yards and 15 touchdowns.

The Miami of Ohio RedHawks will meet the Louisiana Ragin’ Cajuns in the Lending Tree Bowl after finishing their regular season with a record of 8-5.  Miami of Ohio’s record was good enough to win the MAC-East Division and the RedHawks were then able to defeat Central Michigan in the MAC Conference Championship game to be crowned champions of the MAC. RedHawks quarterback Brett Gabbert has thrown for 2,163 yards and 11 touchdowns against 8 interceptions which isn’t too shabby for the freshman quarterback.  Jaylon Bester has been the lead rusher for Miami of Ohio as he has rushed 152 times for 689 yard and 12 touchdowns on the season.  Wide receiver Jack Sorenson has been the RedHawks leading receiver on the year as he has caught 34 passes for 461 yards and 4 touchdowns on the season.