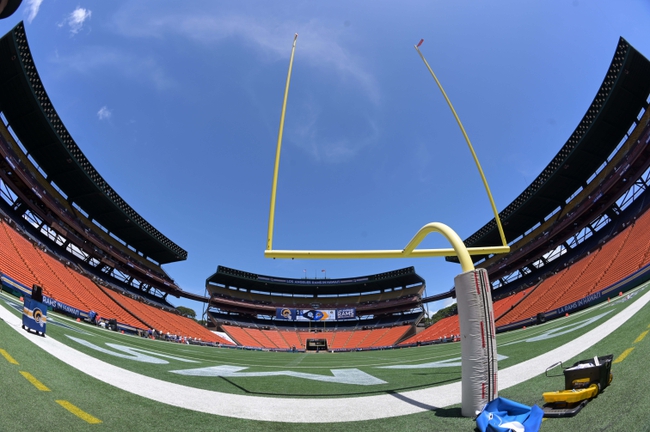 The Buffalo Bulls and the Miami RedHawks will meet up on the college football circuit Saturday.

The Bulls are sitting at 2-2 overall. Buffalo has fallen to Penn State and Liberty this year but taken out Robert Morris and Temple.

In the Temple win, Bulls QB Matt Myers had 62 yards and a pick, but Jaret Patterson did most of the offensive work with his 133 yards and two touchdowns on 27 carries.

Over on the Miami side, they’re 1-3 this year. The RedHawks took out Tennessee Tech in game two but have otherwise lost to Iowa, Cincinnati and Ohio State.

In the Buckeyes loss, Miami QB Brett Gabbert had just 48 yards and a pick, most of the receiving work going to Jack Sorenson with 42 yards on four catches. Maurice Thomas added 44 rush yards there.

Buffalo’s running game was working well in their last outing, and it covered up what’s been a pretty sketchy offensive output over their last three games.

That said, Miami’s scoring has been equally limp over their last two (18 combined points). There’s not a lot of intrigue here but I’m begrudgingly taking Buffalo.