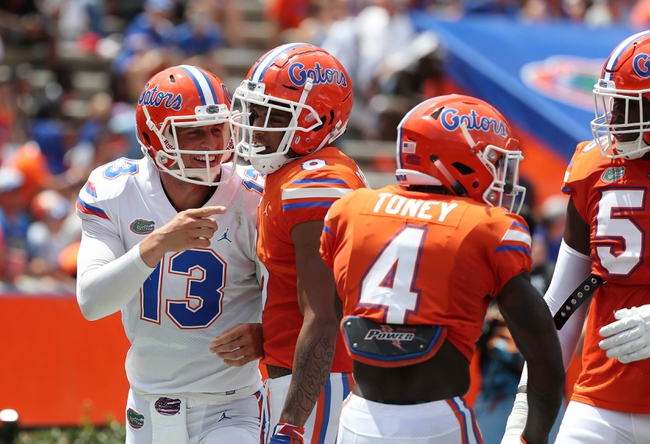 The Miami Hurricanes and the Florida Gators will match up to kick off the college football season on Saturday.

The Hurricanes are coming off a 2018 in which they finished at 7-6 overall and 4-4 in ACC play. That was good enough for a three-way tie for third place in the Coastal Division and a trip to the Pinstripe Bowl, where Miami fell to Wisconsin.

This will mark the first year for new Miami head coach Manny Diaz, and also our official introduction to redshirt freshman QB Jarren Williams. They’ll have their work cut out for them against a talented Florida secondary.

Speaking of the Gators, they had a successful campaign in 2018, going 10-3 overall and 5-3 in the SEC. Florida would finish the year tied for seventh in the AP rankings and took out Michigan 41-15 in the Peach Bowl.

This will be Gators head coach Dan Mullen’s second year at the helm. His biggest advantage offensively will be the return of his top seven leaders in receiving yards from 2018, so we should see plenty of fireworks here.

With a former defensive coordinator as their new head coach, Miami will retain most of their big names from that unit and come in with a focus on that side of the ball. It will be interesting to see them match up against the Florida offense, who had a notable turnover on the line this season and will need to form some quick chemistry to facilitate those big-gaining plays.

Still, the Gators should be in control here against the upstart Hurricanes. I’m going Florida.

The pick in this article is the opinion of the writer, not a Sports Chat Place site consensus.
Previous Pick
Samford vs. Youngstown State - 8/24/19 College Football Pick, Odds, and Prediction
Next Pick
BC Lions vs. Hamilton Tiger-Cats CFL Pick, Odds, Prediction - 8/24/19