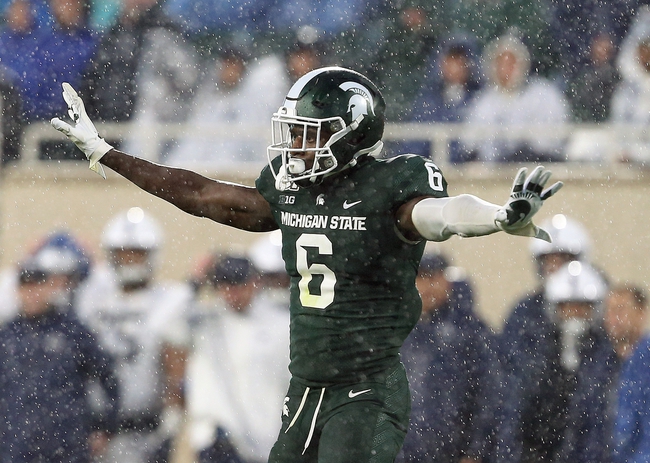 The Illinois Fighting Illini are set to visit Spartan Stadium in East Lansing, Michigan for a Big Ten clash against the Michigan State Spartans. The Illinois Fighting Illini come into this matchup with a 5-4 record, and they will be looking to continue their success after winning their recent home game against the Rutgers Scarlet Knights, 38-10. QB Brandon Peters had an efficient game for Illinois as he connected on 6 of his 11 pass attempts for 120 yards and 1 TD. WR Josh Imatorbhebhe was the top target for Peters and the Fighting Illini as he hauled in 3 catches for 56 yards and a TD.

The Illinois Fighting Illini were solid on the defensive side of the ball against the Rutgers Scarlet Knights as they held them to 10 points and a total of 271 yards of offense. Senior LB Dele Harding led the way for the Illinois defense with 12 tackles and 2 TFL while also returning an interception 54 yards for a TD. Junior LB Milo Eifler had a big game for the Fighting Illini as he racked up 10 tackles, 2.5 TFL, and 1 sack.

The Michigan State Spartans come into this matchup with a 4-4 record, and they will be looking to rebound after dropping their recent home game against the Penn State Nittany Lions, 28-7. QB Brian Lewerke struggled to get much offense generated through the air for Penn State as he connected on 16 of his 34 pass attempts for 165 yards and 1 interception. RB Elijah Collins was bottled up by the Penn State defense as he ran for 53 yards on 17 carries.

The Michigan State Spartans struggled on the defensive side of the ball against the Penn State Nittany Lions as they allowed them to score 28 points and rack up a total of 302 yards of offense. Senior LB Tyriq Thompson led the way for the Michigan State defense with 11 tackles and 1 TFL. Senior safety David Dowell had a productive game from the secondary for the Spartans as he contributed 5 tackles and a pass deflection while hauling in the lone interception of the game.

The Illinois Fighting Illini are playing very good football as of recent as they have won 3 consecutive games, but the same can’t be said about Michigan State who has 3 consecutive losses. The Michigan State Spartans have been bad on the offensive side of the ball this season as they rank 110th in scoring, and that won’t bode well against a defensive-minded team as Illinois is holding opponents to an average of 24.8 PPG. The Fighting Illini will look to attack Michigan State on the ground with Reggie Corbin (577 yards, 5 TDs) and Dre Brown (442 yards and 4 TDs), but they have an efficient QB as Brandon Peters has thrown 13 TDs to 4 interceptions. Expect the Fighting Illini to keep this game within one possession as they will control the game with their defense and ground attack.