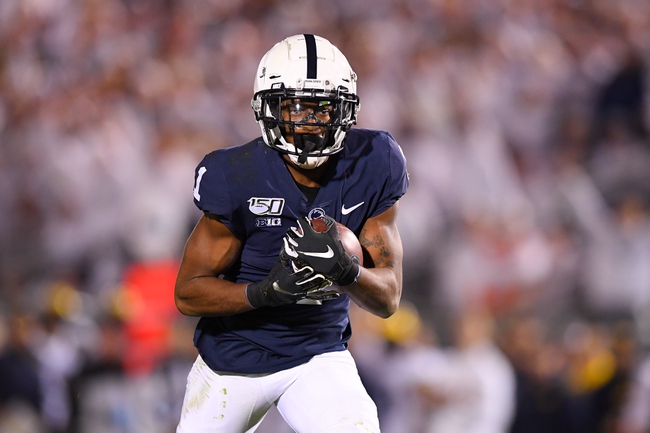 The Penn State Nittany Lions are set to visit Spartan Stadium in East Lansing, Michigan for a Big Ten clash against the Michigan State Spartans. The Penn State Nittany Lions come into this matchup with a 7-0 record, and they will be looking to continue their success after winning their recent home game against the Michigan Wolverines, 28-21. QB Sean Clifford had a solid all-around game for Penn State as he threw for 182 yards and 3 TDs while adding in a rushing TD. WR K.J. Hamler was the top target for Clifford and the Nittany Lions as he hauled in 6 catches for 108 yards and 2 TDs.

The Penn State Nittany Lions struggled on the defensive side of the ball against the Michigan Wolverines as they allowed them to score 21 points and rack up a total of 417 yards of offense. Sophomore LB Micah Parsons led the way for the Penn State defense with 14 tackles. The secondary had a productive game for the Nittany Lions as Lamont Wade contributed 7 tackles and 2 pass deflections while Tariq Castro-Fields pitched in 8 tackles and the lone interception of the game.

The Michigan State Spartans come into this matchup with a 4-3 record, and they will be looking to rebound after dropping their recent road game against the Wisconsin Badgers, 38-0. QB Rocky Lombardi struggled to get much offense generated through the air for the Spartans as he connected on 5 of his 14 pass attempts for 66 yards and 1 interception. RB Elijah Collins was bottled up by the Wisconsin defense as he ran for 16 yards on 8 carries.

The Michigan State Spartans struggled on the defensive side of the ball against the Wisconsin Badgers as they allowed them to score 38 points and rack up a total of 402 yards of offense. Junior LB Antjuan Simmons led the way for the Michigan State defense as he contributed 10 tackles, 1 TFL, and 1 pass deflection. Junior CB Josiah Scott had a productive game from the secondary as he pitched in 9 tackles.

The Penn State Nittany Lions have established themselves as a contender this season, and they will look to resemble some of that success on the road against the Spartans. The biggest mismatch in this matchup is the fact that Michigan State ranks 96th in college football in points allowed while the Nittany Lions rank 3rd in points allowed. Michigan State has gotten torn apart by Ohio State and Wisconsin thus far, and Penn State has a weapon in K.J. Hamler who could cause problems for the Michigan State secondary as he has racked up 563 receiving yards and 7 TDs. Penn State will be able to put points on the board, but the biggest concern in Michigan State trying to cross midfield against this defense.