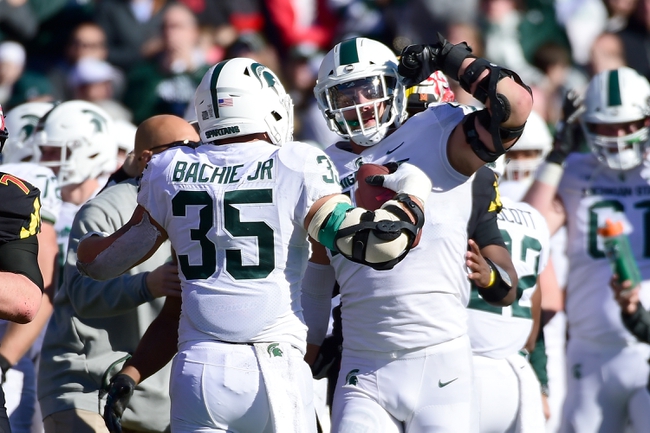 The Tulsa Golden Hurricane have won a combined five games the last two years and haven’t gone three straight seasons without a bowl berth since 2000-02. The Tulsa Golden Hurricane haven’t won a road game since November of 2016. Tulsa has the potential to break out of this funk they’ve been in lately, as a running back duo of Shamari Brooks and Corey Taylor is one of the better in the country, and they combined for 18 rushing touchdowns last season. The difference maker for Tulsa will come down to quarterback Zach Smith, a Baylor transfer who threw for nearly 3,000 yards and 21 touchdowns in 19 games. Defensively, Tulsa returns 11 of its top-12 tacklers from last year, including leading tackler in linebacker Cooper Edmiston and sack leader Trevis Gipson. Tulsa has the potential to be a surprise this season and return to a bowl game for the first time since 2016.

The Michigan State Spartans won seven games last season, their second-lowest total since the 2010 season. The Michigan State Spartans have won eight of their last 11 home games. Michigan State will as usual live and die with its defense that was one of the top units in the Big Ten last year and should remain that way with Joe Bachie, Kenny Willekes and Josiah Scott all returning, three players who will be in the conversation for award lists at the end of the year. For me, the Spartans success will come down to how much Brian Lewerke has improved at quarterback. Lewerke started last season off strong, but he then was battling a shoulder injury and became a turnover machine late in the season. If Lewerke is healthy and ready to make better decisions with the football, Michigan State will be in the Big Ten title picture and could be a sneaky dark horse playoff contender. It’s about finding that consistency offensively for Sparty.

The Tulsa Golden Hurricane should be improved from a year ago, but I'm not sure that's saying much given their struggles. The Michigan State Spartans are solid defensively and have a chance to reach the Big Ten Title Game if they get improved quarterback play. Regardless, Michigan State is going to dominate Tulsa in the trenches and when a team gets manhandled up front, it's usually an ugly 60 minutes of football. The Michigan State Spartans have seen a lot of games lately come down to the wire, but this should be a comfortable season opener for the home team. Enjoy it, Sparty.