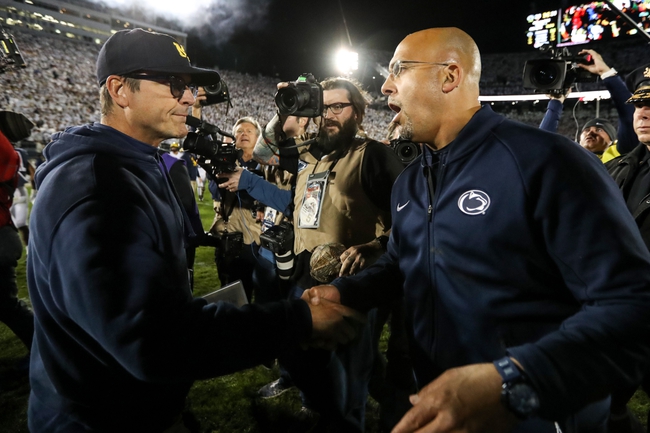 The Irish have only lost a single game on the year and that was a game against Georgia. Now, the Irish are going to face another rival in Michigan in this game and that is after getting a bye week. The team did beat their oldest rival in the USC Trojans in the last game before the bye week. The game was quite a bit closer than what the Irish would have liked and it did prove that the Irish does have some problems in their defense.

Michigan is heading into the game after getting a loss to the Nittany Lions. The difference, though, was the Wolverines were very slow starting in the game and that was definitely a challenge for the Wolverines that really set the team back quite a bit as the struggles on the day were evident. Michigan did start to battle back in the game, but really was unable to come into the game and lock up a win at all and that cost the team quite a bit as they do not have the power offense to catch up to teams.

Michigan is a slow starting team and that has cost them a couple of games already this year. The Wolverines defense is good, but has only really faced a couple of offensive powerhouse teams like the Irish have. The Irish, do have a good offense and that will help them out quite a bit in this game as the Irish are able to clock the ball rather easily against the Wolverines who struggle in this game to get going in the first half and have to battle back against a good Irish defense that does not give up a lot of points. Final Score Prediction, Notre Dame Fighting Irish win and cover ATS 24-17.