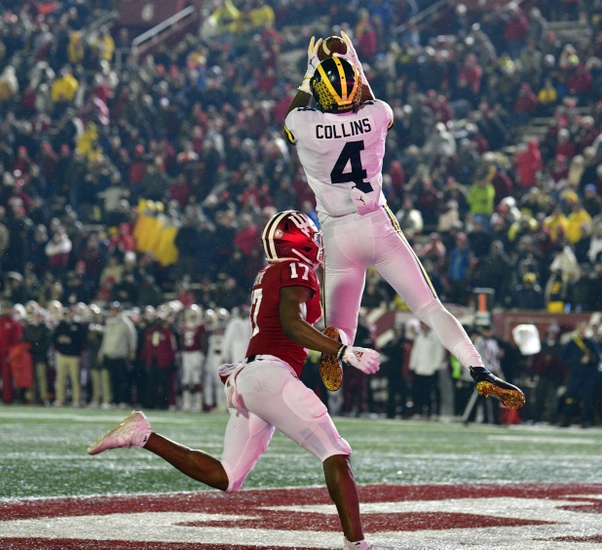 Two top 15 ranked teams in the nation face off at Michigan Stadium in Ann Arbor, Michigan on Saturday when the No. 2 ranked Ohio State Buckeyes visit the No. 13 ranked Michigan Wolverines. The Buckeyes remained unbeaten and improved to 11-0 following a 28-17 victory over Penn State on Saturday. J.K. Dobbins had 157 yards rushing and a pair of touchdowns as the Buckeyes won the Big Ten East title and survived their first big test this season.

Michigan is 9-2 overall following its 39-14 victory over Indiana. Shea Patterson led the Wolverines to the win with five touchdown passes. Nico Collins scored three touchdowns as Michigan prepared for its huge showdown at home against the Buckeyes. Michigan is tied for second in the Big Ten East division with Penn State but two games behind Ohio State.

Michigan starting quarterback Shea Patterson has thrown for 2,534 yards, 21 touchdowns and five interceptions. The leading rusher for the Wolverines is Zach Charbonnet with 635 yards and 11 touchdowns, while the leading receiver is Nico Collins with 649 yards and seven touchdowns. Khaleke Hudson leads Michigan in tackles with 89.

Michigan at home is a 9-point dog? Take the Wolverines and the points. The underdog (Michigan) in this series has covered the number in 5 of the last 6. The Wolverines have covered each of the last 4 at home and each of the last 4 versus an opponent with a winning record. Buckeyes QB Justin Fields will experience something new when over 100,000 Michigan fans scream all at one time. Take the home dog to cover. Final Score Prediction, Ohio State Buckeyes win but fall short ATS 31-27