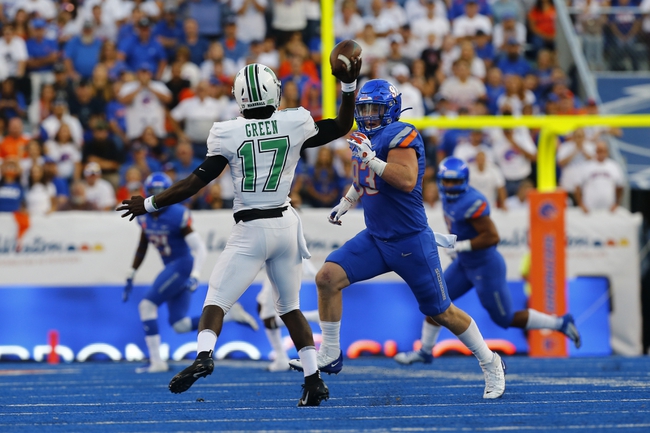 The Marshall Thundering Herd visit Floyd Stadium in Murfreesboro, Tennessee on Saturday to play the Middle Tennessee Blue Raiders. The Thundering Herd fell to 2-2 on the season following a 52-14 loss to Cincinnati. Entering the game, Marshall was averaging 32 points per game but did little on Saturday. Isaiah Green threw for just 131 yards in the loss completing 11 of his 29 passes.

Isaiah Green leads Marshall with 631 yards passing, six touchdowns and two interceptions. Brendan Knox is the leading rusher with 296 yards and four touchdowns, while Corey Gammage leads all receivers with 150 yards and one touchdown, while Xavier Gaines has 103 yards and two touchdowns. The leading tackler for Marshall is Tavante Beckett with 40.

Middle Tennessee fell to 1-3 on the season following its 48-3 loss to No. 14 ranked Iowa. The Blue Raiders were never in the game trailing at the half 24-0 and did not score a field goal until the third quarter. Asher O’Hara threw for 110 yards. The Blue Raiders defense gave up more than 8 yards per play to Iowa. Middle Tennessee starts its Conference USA schedule this weekend against Marshall.

The OVER has cashed in 5of the Blue Raiders last 6

Marshall has the stronger offense and defense but will be playing on the road. The Thundering Herd has failed to cover 6 of its last 8 overall and 5 of its last 6 on the road against an opponent with a losing record at home. Middle Tennessee has had a tough schedule but has covered the number in 4 of its last 5 in Conf-USA play. Final Score Prediction, Marshall Thundering Herd wins but falls short ATS 31-28