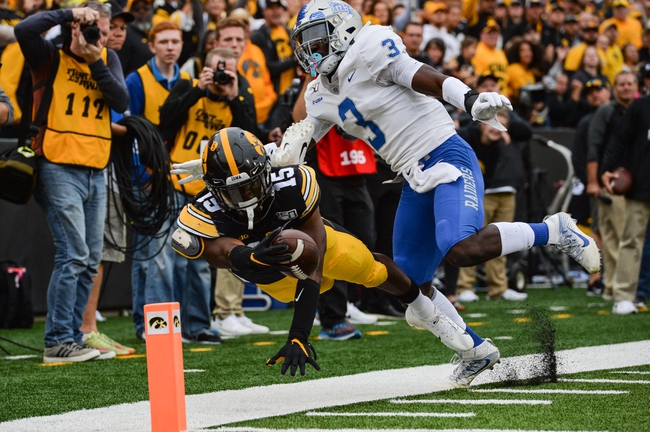 In the Blue Raiders loss to Rice, Middle Tennessee was guided on offense by quarterback Asher O'Hara.  O'Hara completed 22 of 31 passes for 338 yds, while throwing 2 touchdowns and 1 pick.  O'Hara also added 65 yds rushing and 2 scores on the ground.  Middle Tennessee held Rice without a point in the 2nd half, but could not overcome the big first half that Rice had.  The Blue raiders did out gain Rice, 444 to 337.  Middle Tennessee had 2 turnovers in the loss.

Monarchs are 4-1 ATS in their last 5 road games.

Monarchs are 2-5 ATS in their last 7 games overall.

The under is 8-3 in Monarchs last 11 games overall.

Blue Raiders are 5-2 ATS in their last 7 games in November.

The over is 5-1 in Blue Raiders last 6 home games.

Middle Tennessee has won the last 3 matchups against Old Dominion, by an average score of 44 to 18.  The Monarchs offense has been awful this year, averaging less then 16 points per contest.  The Blue raiders haven't been much better, scoring just over 25 per game.  The Monarchs have had the better defense between the two teams.  Monarchs are giving up an average of 28 and the Blue Raiders are giving up 31 per game.  To me this game has the making of being a turnover heavy ball game, that will stall drives in the opponents territory.  I'm going to take the under here, as I just can't see both teams putting up over 20 points in the game or one team running away with it.  Final score prediction, Middle Tennessee wins and the total goes under, 27-17.