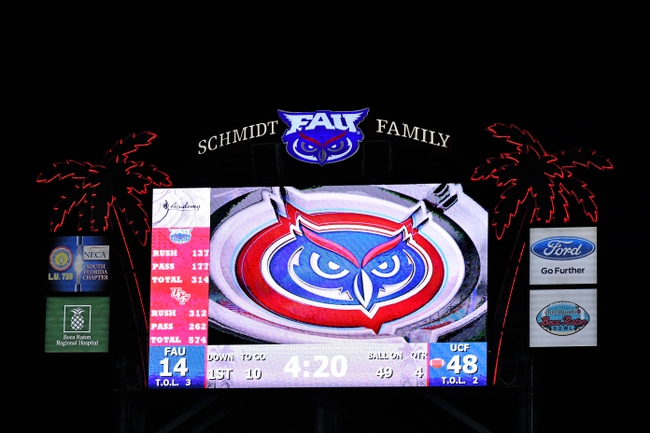 The Blue Raiders were able to open up the season with a strong game that almost allowed them to beat the Wolverines. Since that game the Blue Raiders have went 2-2 and have looked decent in how they have been able to play on the season. What else is interesting is the fact that the Blue Raiders defense has not really been as good as what it was when they played against Michigan.

Florida Atlantic have been a team that has really bounced all over the place this year. The defense, though, is giving up only a point less than what the offense has given up on average this year. The Owls are unbeaten in conference play this year and that could help them get some confidence boost as they do have Middle Tennessee coming to them.

Chris Robison is the quarterback for the Florida Atlantic team. He has thrown the ball for 1412 yards and 12 touchdowns, but has thrown a couple of picks on the year. Larry McCammon III is the leading rusher for the Owls with 72 carries for 241 yards and 4 touchdowns on the year.

The Owls have a good balance on the year and while the defense is giving up only a point less than what the offense is scoring, the Owls are going to have a good chance to bring home a win in this game. Look for the Owls to control the game as the Blue Raiders defense is pushed to their limit. Final Score Prediction, Florida Atlantic Owls win, but fail to cover 31-24.