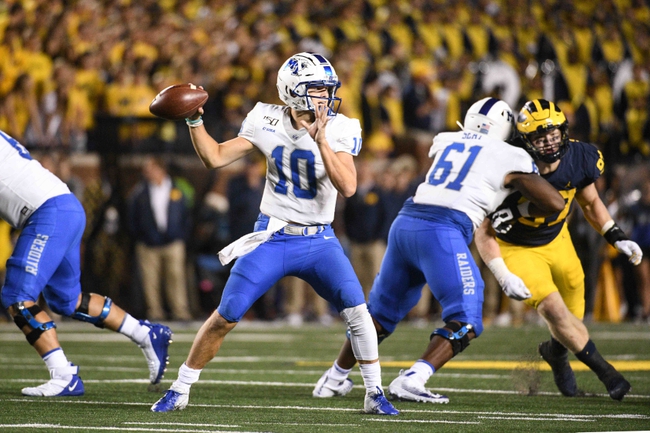 The Duke Blue Devils and the Middle Tennessee Blue Raiders will meet on the college football circuit Saturday.

In the NC A&T game, Duke QB Quentin Harris had 345 yards with four touchdowns and also led the rush with 83 yards and another score. Jalon Calhoun was tops in receiving with 105 yards and two TDs.

Over on the Middle Tennessee side, they’re 1-1 as well this year. The Raiders fell to Michigan 40-21 in the opener then took out Tennessee State this past weekend.

In the victory, Middle Tennessee QB Asher O’Hara had 367 yards, four touchdowns and a pick, while Chaton Mobley logged 104 yards and two rush TDs. DJ Chisolm was the receiving leader for the Raiders with an 80-yard TD catch.

After a pretty impossible matchup in Week 1, the Blue Devils asserted themselves in Week 2 and did pretty much whatever they felt like. Middle Tennessee might pose some problems there though, as the Raiders seem like they can score pretty well.

I’m going to go with Middle Tennessee on the cover here in what should be an interesting game.