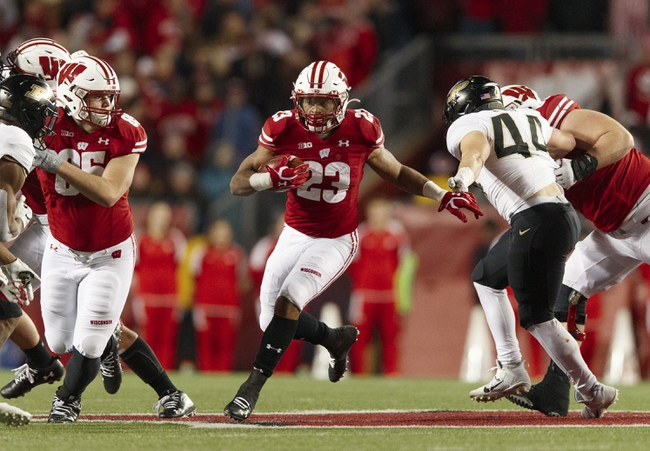 The Wisconsin Badgers visit TCF Bank Stadium in Minneapolis, Minnesota for the final regular season clash in the Big Ten against the Minnesota Golden Gophers on Saturday.What’s at stake? Only the Big Ten West crown and a berth in the Big Ten championship game against No. 2 Ohio State. The Badgers took care of business last week with a 45-24 win over Purdue in their final home game of the season, led once again by running back Jonathan Taylor.

Taylor ran for 222 yards, the 12th time he has at least 200 in his career, and a touchdown in Wisconsin’s win over the Boilermakers. The junior tailback remains the leading rusher in the conference and second in the nation behind Oklahoma State’s Chuba Hubbard. The Badgers have now won three in a row to reposition themselves back into relevant postseason play.

Speaking of repositioning, Minnesota shook off their first loss of the season last week to Iowa, by getting back on track this past weekend and beating Northwestern. Tanner Morgan led he 11th-ranked Gophers to scores on its first three possessions and finished with four touchdown passes in the 38-22 win.

Minnesota clinched a share of the West Division title along with their first 10-win season since 2003 and sixth in the program's 138-year history. It wasn’t the only history they would make, however, as Rashod Bateman and Tyler Johnson both eclipsed the 1,000 yard mark, making it the first time ever that a pair of Gopher receivers reached that milestone in the same season.

Neither team can afford to look ahead to the Buckeyes and allow themselves to wonder “what if.” Both teams endured costly slip-ups late in the year, but on the flip side, they both bounced back when they could have folded shop. Plus, both teams should be plenty motivated with the Paul Bunyan Axe on the line in the most-played rivalry in Division I. Jonathan Taylor continues to shine and I believe he makes the difference in this one, setting up a Buckeye-Badger battle for the Big Ten crown. Final Score Prediction, Wisconsin wins a tough, low scoring-affair, 20-14.