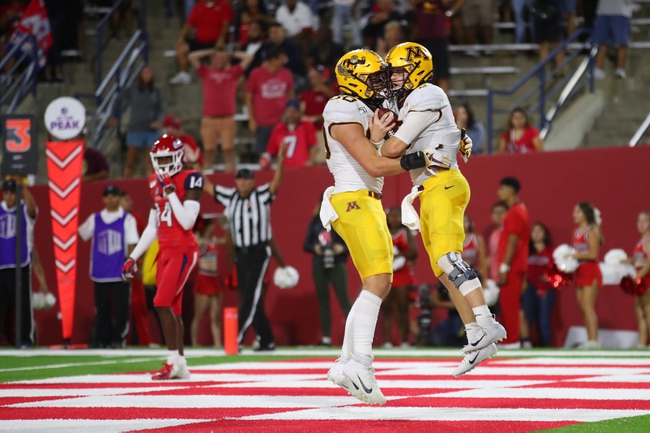 The Georgia Southern Eagles are 5-5-1 ATS in their last 11 games as a double-digit underdog, and they've had some success on the road dating back to last season. Games against Clemson last year and LSU this year also better prepares the Eagles for games like this. The Minnesota Golden Gophers have failed to cover 11 of their last 15 games as a double-digit favorite. While Minnesota has won both games against South Dakota State and Fresno State, the Golden Gophers were in dogfights in both meetings, and this has never been a team that blows teams out. Give me the points.