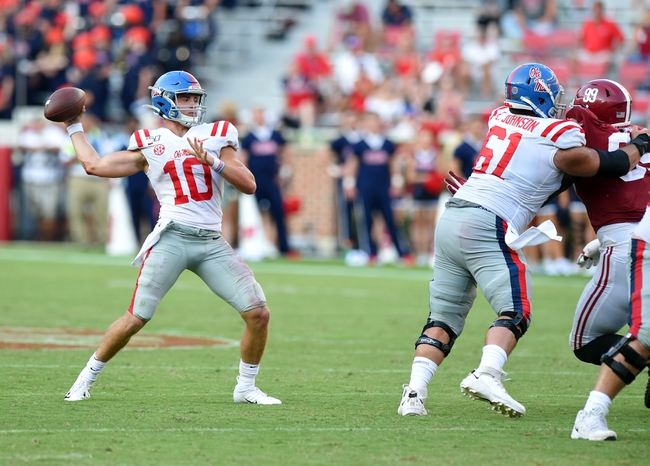 Vanderbilt has played all over this season. The team has went from being able to win some games, but also getting blown out in some of their game. The last game out for the Commodores was a win by 6 points over NIU, but it was a lot closer game than what the Commodores would have liked it to have been and that really is a telling point on how Vanderbilt has played all season long.

Ole Miss has been able to play decent at different times this year, but the Ole Miss team is one that has had a lot of battles in recent weeks. That includes a loss to Alabama that saw them get completely crushed as Alabama put in 59 points in the game, but the offense for the Rebels did decent as they managed to get a total of 31 points to show that they are able to win quite a bit.

The Rebels are a team that has been consistent this season, even in their losses on the year they have been able to play consistent football. The Commodores for all the work they have done have not really shown up to be that consistent on the field this year and that will definitely present a problem in this game here as the Commodores inconsistent ways show up again here. Final Score Prediction, Ole Miss Rebels win and cover 35-21.