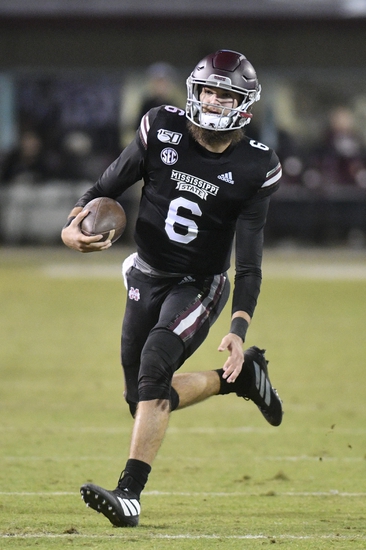 The Ole Miss Rebels head to Starkville, Mississippi on Thursday for a game against the Mississippi State Bulldogs in a game between two teams from the SEC-West Division.  In their last game, Ole Miss was defeated by the LSU Tigers by the score of 58-37.  Rebels quarterback John Rhys Plumlee completed 9 of 16 passes for 123 yards and an interception in the game.  Plumlee was also the lead rusher for Ole Miss, rushing 21 times for 212 yards and 4 touchdowns.  The other Rebels quarterback is Matt Corral who also saw action the game against LSU as he completed 6 of 11 passes for 89 yards and a touchdown.  Elijah Moore was the lead receiver for Ole Miss as he caught 9 passes for 143 yards and a touchdown.  The Ole Miss defense was unable to stop the LSU offense, allowing 714 total yards to the Tigers in the game, giving up 489 yards through the air.

After the loss, Ole Miss fell to 4-7 overall on the season and 2-5 in conference play which places them in a 5th place tie with Mississippi State in the SEC-West.  On the year quarterback Matt Corral has been the lead passer for the Rebels, throwing for 1,238 yards and 5 touchdowns against 2 interceptions.  The Rebels other quarterback leads the team in rushing as he has carried the ball 136 times for 989 yards and 11 touchdowns on the season.  Elijah Moore has been Ole Miss’s most productive receiver, catching 64 passes for 815 yards and 5 touchdowns.

With the win, Mississippi State improved to 5-6 on the season and are 3-3 in conference play, which puts them in 5th place in the SEC-West Division.  Quarterback Garrett Shrader is the leading passer for the Bulldogs this season as he has thrown for 1,062 yards and 8 touchdowns against 5 interceptions.  Kylin Hill is the leading rusher for Mississippi State as he has carried the ball 208 times on the year for 1,215 yards and 10 touchdowns.  Osirus Mitchell has been the Bulldogs leading receiver on the season as he has caught 27 passes for 383 and 5 touchdowns on the year.