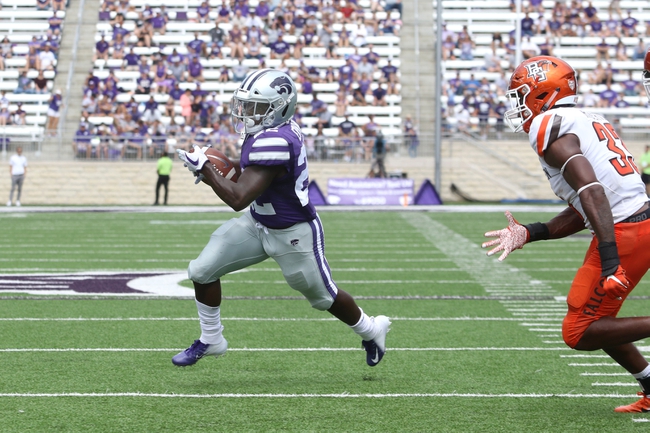 The Kansas State Wildcats and the Mississippi State Bulldogs meet in a week 3 college football matchup from Davis Wade Stadium at Scott Field on Saturday afternoon.

The Kansas State Wildcats will look to build on their 2-0 start after a 52-0 victory over the Bowling Green Falcons in their last outing. Skylar Thompson has completed 26 of his 35 pass attempts for 363 yards and 3 touchdowns while James Gilbert leads KSU in rushing with 218 rushing yards and 3 touchdowns. Jordon Brown had a pair of touchdowns with 113 rushing yards and Harry Trotter had a pair of rushing scores as well. Malik Knowles leads Kansas State in receiving with 125 yards and a pair of touchdowns with a team-high 8 receptions. Defensively, Da’Quan Patton leads the Wildcats with 5 tackles. As a team, Kansas State is averaging 549 yards of total offense and 50.5 points per game while allowing 208 yards of total offense and 7 points per game through the first two weeks of the season.

The status of Mississippi State QB Tommy Stevens is up in the air, so it’s hard to really get a feel for this game, but I’m still going to take Kansas State and the points. The Wildcats haven’t had a tough schedule in the early going, but they’ve still shown a ton of skill on defense and have put together some solid performances offensively. Mississippi State is probably due for a break out, but I don’t see it coming against this Wildcat defense and especially not if Stevens can’t go. I’ll take the Wildcats and the points in a game Kansas State has a chance at winning outright.