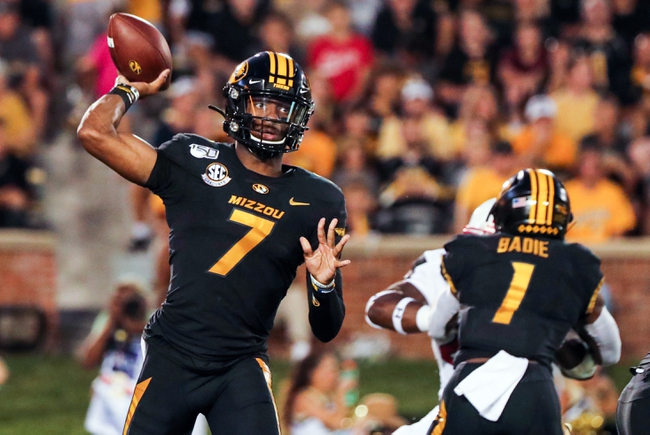 The South Carolina Gamecocks and the Missouri Tigers meet in a week 4 SEC conference college football matchup from Memorial Stadium at Faurot Field on Saturday afternoon.

The Missouri Tigers will look to build on back-to-back wins after a 50-0 thrashing over Southeast Missouri State in their last outing. Kelly Bryant has thrown for 798 yards, 6 touchdowns and a pair of interceptions on 67.7% passing while Larry Rountree III has 287 rushing yards and 4 touchdowns this season to lead Mizzou’s rushing attack. Tyler Badie has added 197 rushing yards and a pair of touchdowns while Jalen Knox leads Missouri’s receiving group with 192 receiving yards and Albert Okwuegbunam has 138 receiving yards and 3 touchdowns this season. Defensively, Cale Garrett leads Missouri with 28 tackles including 20 solo tackles while Nick Bolton has 20 total tackles split 10 solo and 10 assisted. As a team, Missouri is averaging 473.3 yards of total offense and 39.7 points per game this season.

I’ve gone back and forth on this game as it could genuinely go either way ATS. Points with South Carolina are tempting considering that the Gamecocks put forth a decent showing against Alabama, but South Carolina was still at home and the fact is that they still have a freshman QB under center and going on the road to Missouri is no tall task a week removed from playing Bama. Missouri is thriving with Kelly Bryant under center right now, and I just think at home, Missouri will end up being too much for the Gamecocks, so I’ll lay the points with the Tigers in this one.