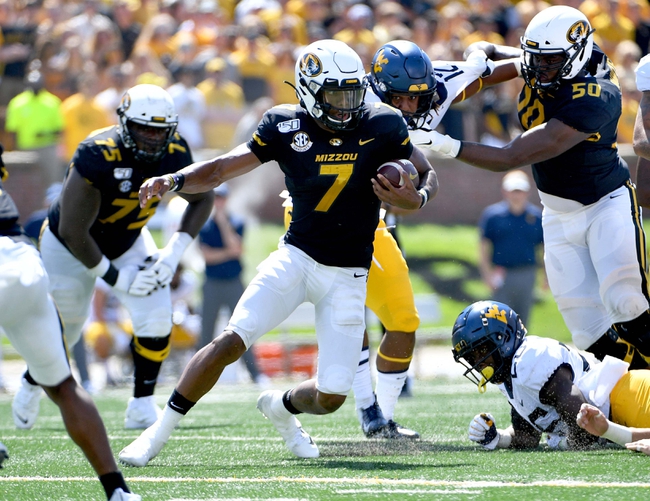 The Southeast Missouri State RedHawks and the Missouri Tigers meet in a week 3 college football matchup from Memorial Stadium at Faurot Field on Saturday night.

The Southeast Missouri State RedHawks will look to bounce back from their first loss of the season, falling back to 1-1 after a 38-17 loss to Montana State last time out. Daniel Santacaterina leads the RedHawks in passing with 362 yards, 2 touchdowns and 2 interceptions on 27 of 52 passing for a 51.9% completion percentage while Geno Hess lads SEMO with 167 rushing yards and Mark Robinson has 111 yards and 2 touchdowns this season. Kristian Wilkerson leads the RedHawks’ receiving corps with 12 catches for 223 yards and a pair of receiving touchdowns while Aaron Alston has 117 yards and 8 receptions this season. As a team, Southeast Missouri State is averaging 387 yards of total offense and 30.5 points per game this season.

The Missouri Tigers will look to build on their first victory of the season coming in a 38-7 beatdown of West Virginia in their last outing. Kelly Bryant has thrown for 573 yards, 5 touchdowns and an interception on 48 of 73 passing for a 65.8% completion percentage while Larry Rountree III has 140 rushing yards and a pair of touchdowns to lead Missouri in that department. Tyler Badie also added 124 yards rushing while Albery Okwuegbunam has a team-high 114 receiving yards and a pair of touchdowns this season. Johnathon Johnson and Tyler Badie share the team-high with 10 receptions while Jonathan Nance has a pair of touchdown grabs as well. Defensively, Cale Garrett leads Mizzou with 23 tackles while Nick Bolton has 16 tackles and a pair of interceptions. As a team, Missouri is averaging 459.5 yards of total offense and 34.5 points per game this season.

I’d hope that the RedHawks would show up for a big game against a top-tier in-state opponent, and this could be a big look-ahead spot for Missouri with South Carolina coming to town next week. However, the Tigers just put the boots to a decent West Virginia team, and I just can’t see Southeast Missouri keeping pace here. I’ll lay the points with Missouri if I had to pick this game.