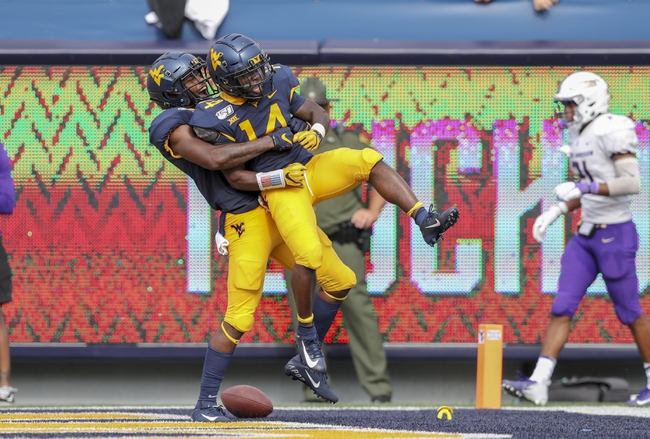 The West Virginia Mountaineers and the Missouri Tigers square off in a week 2 college football matchup from Memorial Stadium at Faurot Field on Saturday afternoon.

The West Virginia Mountaineers will look to build on a narrow 20-13 win over James Madison in their season opener last time out. Austin Kendall threw for 260 yards and 2 touchdowns on 27 of 42 passing while West Virginia combined for 34 rushing yards on 24 carries. Tevin Bush led WVU’s receiving group with 74 receiving yards and a touchdown with 4 receptions while T.J. Simmons had 5 grabs with 58 yards and Sam James had a team-high 6 catches for 32 yards. George Campbell had a touchdown grab as well in the winning effort. The Mountaineers combined for four sacks and an interception defensively, while Josh Chandler led the Mountaineers with 9 tackles.

The Missouri Tigers will look to bounce back after dropping their season opener on the road against Wyoming by a final score of 37-31. Kelly Bryant threw for 423 yards, a pair of touchdowns and an interception on 31 of 48 passing while Tyler Badie led the Tigers with 53 rushing yards and a touchdown. Larry Rountree III had 41 rushing yards and a rushing score of his own while Albert Okwuegbunam had a team-high 72 receiving yards and Johnathon Johnson had a team-high 7 catches for 68 yards. Kam Scott had a pair of catches for 64 yards, Jonathan Nance had 63 yards and a pair of touchdowns and Jalen Knox had 4 grabs for 62 yards while the aforementioned Badie had 7 receptions of his own. On defense, Cale Garrett led the Tigers with 12 tackles while the Tigers allowed 389 yards of total offense.

I get Missouri being favored because they’re at home and their first loss came on the road, but if we’re being honest, there’s really no excuse for Missouri losing that game. West Virginia gave a lot of people a scare against James Madison, but winning a game that you should win in blowout fashion is better than losing a game outright that you should win handily. I just can’t lay two touchdowns with a Missouri team that just got upset in their last outing. I’ll take a shot with West Virginia and the points.