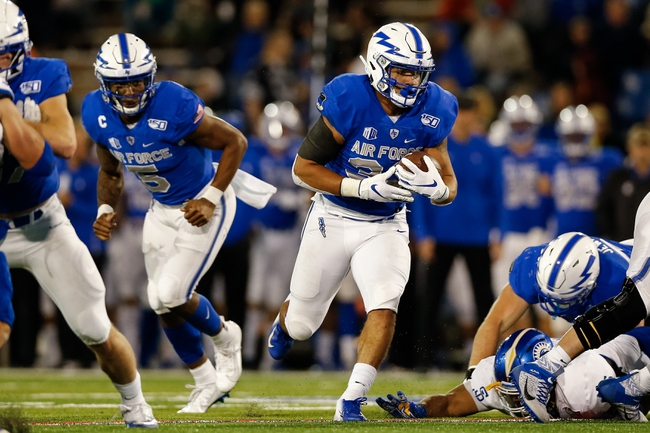 The Air Force Falcons visit Navy-Marine Corps Memorial Stadium in Annapolis, Maryland to play the Navy Midshipmen on Saturday. Air Force is 31 on the season following its 41-24 victory over San Jose State. Donnie Hammond III sat out until the third quarter resting a sore ankle and immediately threw a 64-yard touchdown pass. Hammond then led or finished four other Air Force drives that resulted in points.

The Midshipmen fell to 2-1 after losing Thursday to Memphis 35-23. Malcolm Perry led Navy with 91 yards rushing and another 82 yards passing. Perry rushed for two touchdowns and threw for another. Keoni Makekau led the Midshipmen in rushing in the loss with 101 yards. Navy through the game held the ball for over 38 minutes.

With Donnie Hammond III under center the Air Force does not have to rely just on running the ball and the addition of a passing threat by the Falcons has added to the difficulty of defending against Air Force. The Falcons have covered the number in 4 of the last 5 versus Navy, while the Midshipmen have failed to cover 5 of the last 6 versus an opponent that plays above .500. Final Score Prediction, Air Force Falcons win and cover ATS 32-27