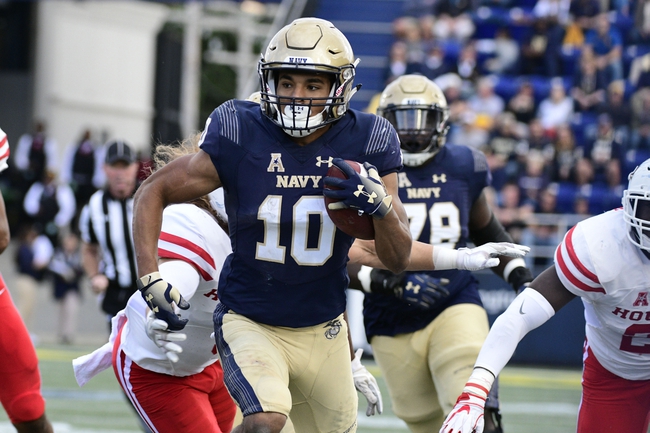 The Holy Cross Crusaders won just five games last year, but they finished the season with four straight wins, so they should enter this contest with a lot of confidence. The Holy Cross Crusaders have lost four of their last six road games. Offensively, running back Domenic Cozier returns after leading the squad with 643 yards and eight touchdowns, but there’s a lack of depth at receiver and a need to find a consistent quarterback. Emmett Clifford started three games last year and completed 24 passes for 204 yards. Defensively, Joe Lang returns after finishing second on the team with 77 tackles, while Alex Johnson had 62 tackles and one interception. Holy Cross returns three of its top-six tacklers from last season, a unit that allowed 26 points and 369.2 yards per game.

The Navy Midshipmen are coming off a three-win season, easily their worst year under the Ken Niumatalolo era and it snapped a six-year bowl appearance streak. The Navy Midshipmen have won five of their last seven home games. Navy returns four starters from an offense that averaged 25 points and 349.3 yards per game. Malcolm Perry returns at quarterback after leading Navy with 1,087 rushing yards and seven touchdowns, and he’ll be key to keeping this unit afloat. Nelson Smith also had 411 yards and three scores, and he’s the starting fullback. Navy returns four starters from a defense that allowed 33.5 points and 426.4 yards per game. Navy says goodbye to its top-four tacklers from last year, but linebacker Nizaire Cromartie is back after 58 tackles, 3.5 sacks and two forced fumbles. Jackson Pittman will lead the defensive line at nose tackle, a senior who has 66 tackles and four forced fumbles for his career. The offense for Navy will be fine due to the system, but that defense needs to find playmakers if this season is going to be different.

The Navy Midshipmen have a lot of work to do on the defensive side of the ball if this season is going to be an improvement. The best team to also play Navy is opening week, as coaches have had all offseason to prepare for the triple-option, so Holy Cross has a massive advantage on that end. The Holy Cross Crusaders also improved their play drastically toward the end of last year, so this should be a different team than the one you saw most of last season. I like the value of the points in this contest.