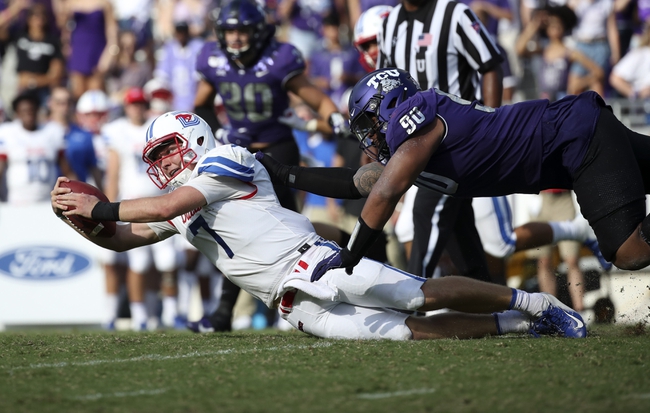 The SMU Mustangs visit Navy-Marine Corps Memorial Stadium in Annapolis, Maryland on Saturday to play the Navy Midshipmen. The Mustangs improved to 9-1 following 59-51 high-scoring win over the East Carolina Pirates. Shane Buechele passed for five touchdowns as the Mustangs bounced back from their only loss of the season in dramatic fashion.

SMU quarterback Shane Buechele has thrown for 3,195 yards, 28 touchdowns and eight interceptions. Xavier Jones leads all SMU running backs with 1,063 yards and 18 touchdowns. The leading receiver is James Proche with 1,008 yards and 12 touchdowns. Richard McBryde leads the Mustangs in tackles with 72.

Navy fell to 7-2 on the season following its 52-20 loss to Notre Dame on Saturday. The Midshipmen could not stop the Notre Dame passing game and on offense Navy could not run its triple-option against the Irish front seven. Malcolm Perry rushed for 117 yards in the loss, but was replaced in the third quarter. Navy committed four fumbles that were converted into 24 Irish points.

The OVER has cashed in 9 of the Mustangs last 10