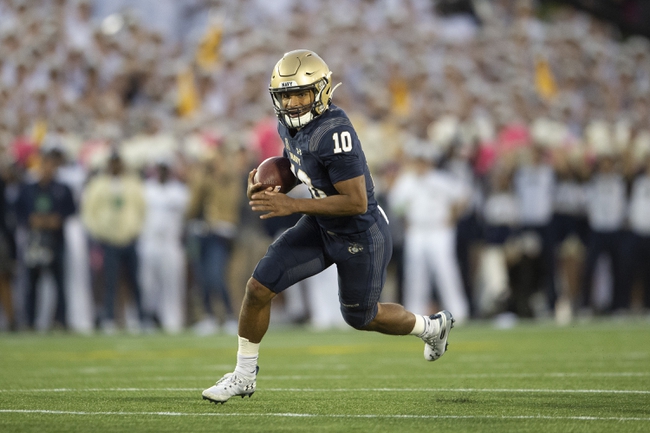 The South Florida Bulls are set to visit Navy-Marine Corps Memorial Stadium in Annapolis, Maryland for an AAC clash against the Navy Midshipmen. The South Florida Bulls come into this matchup with a 3-3 record, and they will be looking to continue their success after winning their recent home game against the BYU Cougars, 27-23. QB Jordan McCloud struggled to get much offense going through the air as he connected on 7 of his 14 pass attempts for 72 yards, 1 TD, and 1 interception. RB Jordan Cronkrite had a big game on the ground for the Bulls as he ran for 158 yards and 2 TDs on 26 carries.

The South Florida Bulls struggled on the defensive side of the ball against the BYU Cougars as they allowed them to score 23 points and rack up a total of 439 yards of offense. Sophomore DB Nick Roberts led the way for the South Florida defense with 8 tackles and a TFL. Sophomore LBs Dwayne Boyles and Antonio Grier were able to get into the BYU backfield a handful of times as they combined for 4.5 TFL and 3 sacks.

The Navy Midshipmen come into this matchup with a 4-1 record, and they will be looking to continue their success after winning their recent road game against the Tulsa Golden Hurricane, 45-17. QB Malcolm Perry had a big game on the ground for the Midshipmen as he ran for 218 yards and 3 TDs on 20 carries. Junior FB Nelson Smith received a heavy workload on the ground for Navy as he recorded 43 yards and a TD on 18 carries.

The Navy Midshipmen were solid on the defensive side of the ball against the Tulsa Golden Hurricane as they held them to 17 points and a total of 323 yards of offense. Sophomore CB Michael McMorris led the way for the Navy defense from the secondary as he contributed 8 tackles and 3 pass deflections. Senior LB Paul Carothers was able to get into the Tulsa backfield a handful of times as he pitched in 2 TFL and 1 sack.

The Navy Midshipmen have quietly been one of the most impressive teams in college football this season as they rank in the top 25 in both points scored and points allowed. Navy has an electric QB under center with Malcolm Perry as he has run for 604 yards and 12 TDs, and he is supplemented by Nelson Smith who has contributed 6 TDs himself. The South Florida Bulls are coming off a solid home win over the BYU Cougars, but this team has been awful on both sides of the ball as they rank 82nd in points scored and 81st in points allowed. The Bulls may be without starting QB Jordan McCloud who is questionable with a wrist injury as well as backup QB Blake Barnett who has already been ruled out, and that will make their struggles even worse.