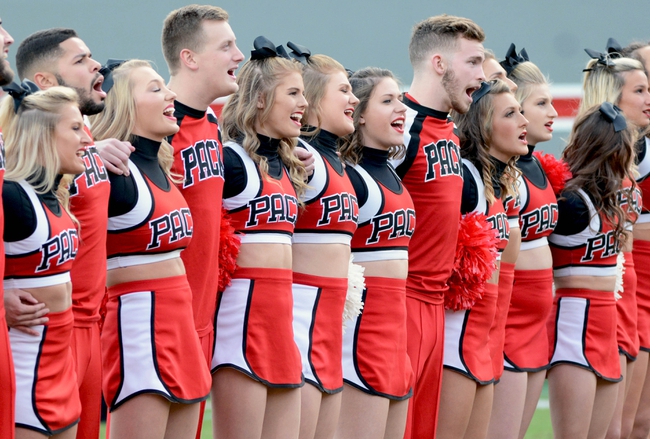 The East Carolina Pirates and the NC State Wolfpack will match up on the college football circuit on Saturday.

The Pirates are coming off of a trying season in 2018, finishing just 3-8 ant 1-7 in AAC play for a fifth-place finish in the East Division. It was no improvement over the 2017 season, where East Carolina went 3-9.

This year, the Pirates will get a new coaching staff helmed by first-year head coach Mike Houston. Coming along with him and also in their first years will be offensive coordinator Donnie Kirkpatrick and DC Bob Trott.

Over on the NC State side, they performed fairly well in a tough conference, going 9-4 overall and 5-3 in ACC play. That was good enough for third place in the Atlantic Division behind perennial powerhouses Clemson and Syracuse.

NC State got an invitation to the Gator Bowl last year, but didn’t perform well in the game, losing 52-13 and leaving a lot to prove heading into this season.

East Carolina doesn’t have a whole lot of expectations heaped on them this season, so at least initially the coaching staff should have plenty of freedom to experiment if they so desire. As for NC State, they’re something of an afterthought in the ACC and will likely be looking up at Clemson, Syracuse and Florida State in the standings while fighting off a plucky Boston College team. That said, the Wolfpack should have plenty of stability coming into this one and I see it as a big victory. I’ll take NC State.