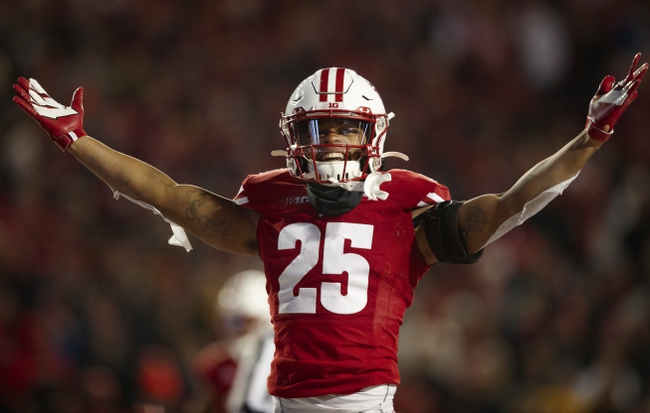 The #13 Wisconsin Badgers head to Lincoln, Nebraska on Saturday in a Big 10 battle against the Nebraska Cornhuskers.  In the last game, Wisconsin defeated the Iowa Hawkeyes by the score of 24-22 narrowly escaping a comeback attempt as Iowa scored 16 points in the 4th quarter.  Wisconsin quarterback Jack Coan completed 16 of 25 passing attempts for 173 yards and 2 touchdowns on the day but did throw 1 interception.  The most productive player on the ground for Wisconsin was Jonathan Taylor who rushed 31 times for 250 yards, but failed to record a touchdown.  The lead receiver for Wisconsin was Quintez Cephus who caught 5 passes for 94 yards and a touchdown.  The Wisconsin defense surrendered 295 total yards on the day against Iowa, but allowed just 87 on the ground.

Wisconsin’s win against the Hawkeyes snapped a 2 game losing streak for the Badgers and improved their record to 7-2 on the season.  The Badgers are currently 4-2 in conference play which is good enough for 2nd in the Big 10 West Division and 13th in the country.  On the year, Jack Coan has thrown for 1,664 yards and 12 touchdowns against 3 interceptions.  Running back Jonathan Taylor has been great this year for the ground for the Badgers as he has ran for 1,259 yards and 15 touchdowns on 208 carries on the season.  Quintez Cephus has been Wisconsin’s leading receiver on the year as he has caught 32 passes for 504 yards and 4 touchdowns.

The Nebraska Cornhuskers welcome the Wisconsin Badgers into town after losing their last game to Purdue Boilermakers by the score of 31-27.  Nebraska quarterback Adrian Martinez completed 22 of 39 passes for 247 yards but no touchdowns and an interception.  Martinez led the way for Nebraska on the ground as well as he carried the ball 12 times for 58 yards and 2 touchdowns.  The lead receiver for Nebraska was J.D. Spielman who caught 6 passes for 123 yards.  The Nebraska defense allowed 449 yards against Purdue, including 304 through the air.

After the loss, Nebraska has now lost 3 games in a row and are 4-5 overall as well as 2-4 in conference play.  Adrian Martinez has been decent throwing the football this season as he has passed for 1,492 yards and 7 touchdowns but has also thrown 6 interceptions.  Martinez has also been the Cornhuskers lead rusher on the year as he has ran for 399 yards and 5 touchdowns on 97 carries on the season.  J.D. Spielman has led the Cornhuskers receivers on the year as he has recorded 689 yards and 1 touchdown on 35 catches.