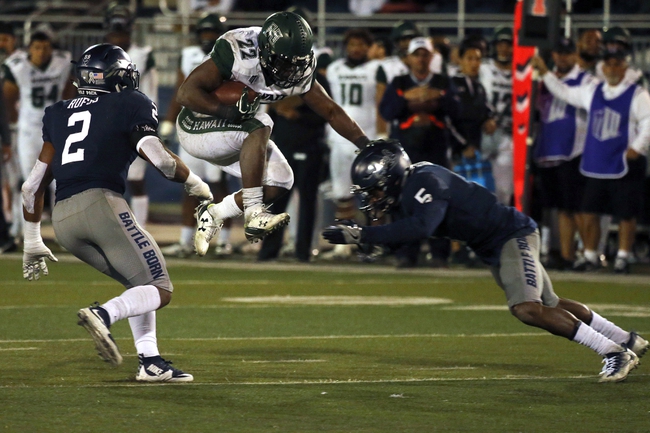 The Line: Nevada -2 -- Over/Under: Click to Get Latest Betting Odds

The Hawai'i Rainbow Warriors have failed to cover five of their last seven games as a road underdog. The Nevada Wolf Pack have split their last eight games ATS as a favorite. Hawaii is a different team on the road as it is at home, losing four of its last six and being downright brutal ATS as well. Outside of a beatdown loss to Oregon on the road, which was expected, Nevada has looked decent up to this point and has won eight of the last 10 meetings against the Warriors, majority in blowout fashion. I'll lay the small chalk.