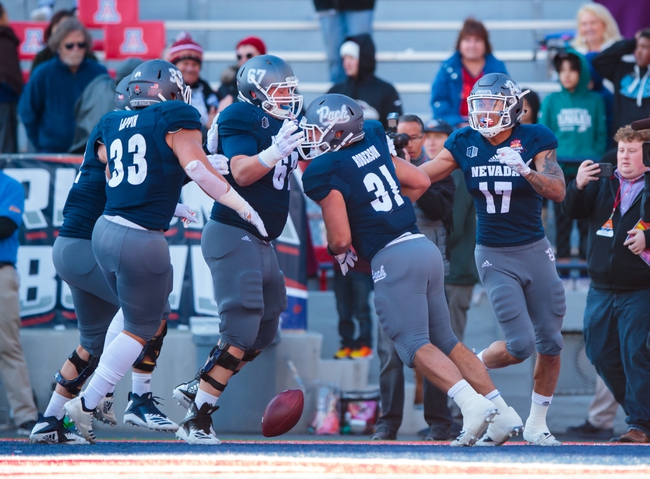 The Purdue Boilermakers will look to build on a decent 2018 season that saw the Boilermakers finish with a 6-7 overall record, including a 5-4 mark in Big Ten conference play, finishing tied for 2nd in the Big Ten West division. The Boilermakers got an invite to the Music City Bowl where Purdue was routed in a 63-14 loss to Auburn. Elijah Sindelar will hope to have a fully healthy season under center while the job is up for grabs in the Purdue backfield with the top two running backs from last year gone. Rondale Moore is back after far and away leading Purdue’s group of receivers with 114 grabs for 1,258 yards and 12 scores, while the Boilermakers also added top receiving recruits in Milton Wright and David Bell to compliment what Moore brings to the table. Defensively, the Boilermakers have one of the more intimidating linebacking pairings in the Big Ten with Markus Bailey who led the team with 115 tackles and 6.5 sacks last season alongside Western Kentucky transfer Ben Holt who led the Hilltoppers in tackling last season. Lorenzo Neal and freshman George Karlaftis will be responsible for getting a pass rush going while Brennan Thieneman will be in charge of a secondary that will be hoping to improve one of the worst pass defense units in the country from last season. As a team, Purdue averaged 443.9 yards of total offense and 30.5 points per game while allowing 452.6 yards and 30 points pe game last season.

The Nevada Wolf Pack will hope to replicate some of the success from 2018, finishing the year with an 8-5 overall record, including a 5-3 record in Mountain West conference play, finishing tied for 2nd in the Mountain West West division, earning an invite to the Arizona Bowl, where the Wolf Pack defeated Arkansas State in overtime by a final score of 16-13. Cristian Solano is expected to be the opening week starter after backing up Ty Gangi last season but will be out for an extended period of time after suffering a hand injury, leaving the door open for Florida transfer Malik Henry to take charge. Toa Taua, Kelton Moore and Devonte Lee come back as Nevada’s three-headed rushing monster that racked up 1,498 yards and 17 touchdowns last season. Leading yardage receiver McLane Mannix transferred from Nevada, but the next six top receivers are back, including Kaleb Fossum who led Nevada with 70 receptions for 734 yards last season. Defensively, just five starters come back for Nevada, as well as four of the top five tacklers departing from the team, but Gabe Sewell led Nevada with 91 tackles and Hausia Sekona and Dom Peterson will be up front to initiate the pass rush. As a team, Nevada averaged 431 yards of total offense and 31.1 points per game while allowing 387.5 yards and 26.9 ponits per game last season.

Out of the gate I considered laying points with Purdue, thinking that the Boilermakers would take out their frustrations on Nevada after having a few months to stew on the beatdown at the hands of Auburn. However, there’s word that Elijah Sindelar could miss the game with knee issues, and if he can’t go, I’m not sure what to make of Purdue. Nevada has injury concerns of their own at QB, but Henry will be out to prove that Florida made a mistake by not giving him a look, and the Wolf Pack have some solid depth offensively. I think the Wolf Pack are more than capable of hanging around here, so I’ll take a shot with Nevada and the points in this one.