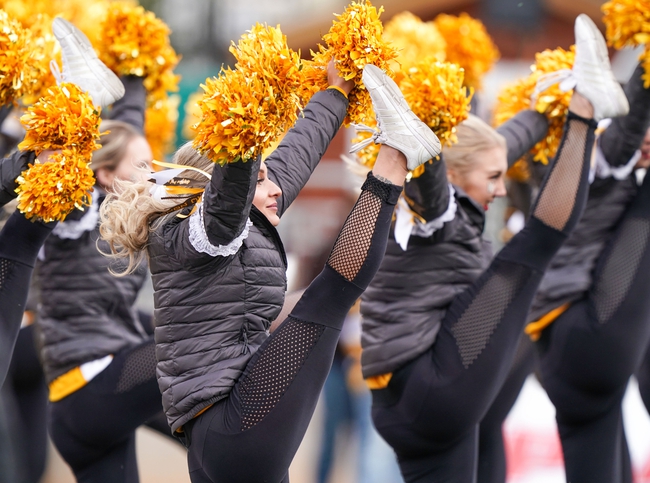 The Nevada Wolf Pack head to Wyoming on Saturday to take on the Wyoming Cowboys looking to have a better game than they did last week against Utah State losing 36-10. Nevada quarterback Malik Henry had a rough day in the air, completing just 17 of 38 passes for 213 yards, no touchdowns and 2 interceptions. The Wolf Pack running game didn’t have much more luck than the passing game as running back Toa Taua carried the ball 20 times for just 84 yards.  Although Taua struggled on the ground, he did provide the only touchdown for Nevada on the day.

With the loss, it makes it ever so clear that Nevada is going to hover around the .500 mark all year. While they do have wins against UTEP and Purdue, they were crushed by Hawaii and couldn’t break through against Utah State. Quarterback Malik Henry has been splitting starts with freshman quarterback Carson Strong so it looks like Strong will get the start in the next game, but neither quarterback has put up great numbers. The Wolf Pack are scoring 21.4 points a game and averaging 360.3 yards per game. The defense hasn’t helped at all either. After the loss to Utah State, the Wolf Pack defense is now averaging giving up 38.6 points per game and a 413.6 yards per game.

Wyoming now looks forward to facing a very suspect Nevada defense. Dual threat quarterback Sean Chambers has thrown for 757 yards and 5 touchdowns against just 2 interceptions and has also ran for 547 yards and 9 touchdowns. Running back Xazavian Valladay has also done a decent job coming out of the backfield running for 425 yards and 4 touchdowns this year. The Cowboys have done a nice job on both sides of the ball all year, scoring 28.6 points a game and only allowing 19.7.

My Pick – It will be a good day if you are a Cowboy fan, as I don’t see any way that the Nevada defense slows down Sean Chambers.  There is also very low probability that the Nevada offense will be able to get going against a stingy Cowboy defense. Look for this one to get ugly fast in Wyoming. Wyoming wins 35-17 covering the spread.