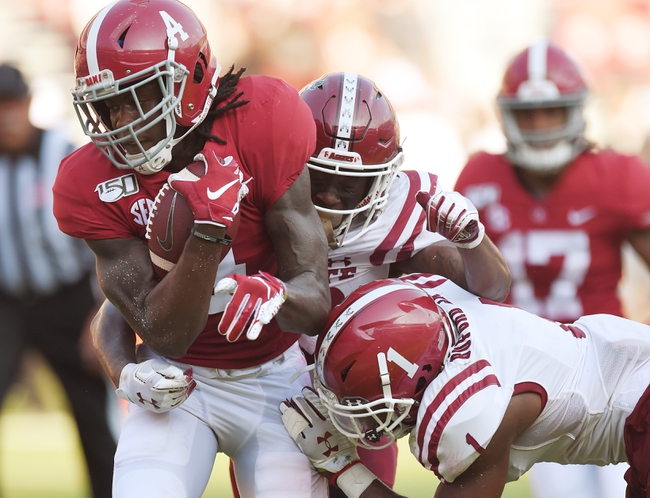 The Liberty Flames (3 - 2) are on the road this week as they take on the winless New Mexico State Aggies (0 - 5). New Mexico State will be hosting this game at the Aggie Memorial Stadium in Las Cruzes, NM. Liberty comes into this game riding high on a three-game winning streak. The Aggies will look to get into the win column for the first time in front of their friendly home crowd.

Liberty will be looking to continue their recent hot play with another big win here. Liberty is averaging 26 PPG on offense while surrendering just 23 PPG to opposing teams on defense. Liberty can run the ball, but the Flames like to air it out when possible. Look for QB Stephen Calvert (1,396 yards, 9 TD) to lead the way in this game. Liberty should be able to pick their spots for some deep throws down the field in this matchup.

The Flames are coming into the game playing hot rigth now and while the team is only sitting on a +3 it will be doing really well against the Aggies. The Adggies defense has been horrible on the year and has not shown the signs of improvement like they should as the Flames dominate this game. We like Liberty to defeat New Mexico in this game. Final Score Prediction, Liberty Flames win and cover 30 - 23.