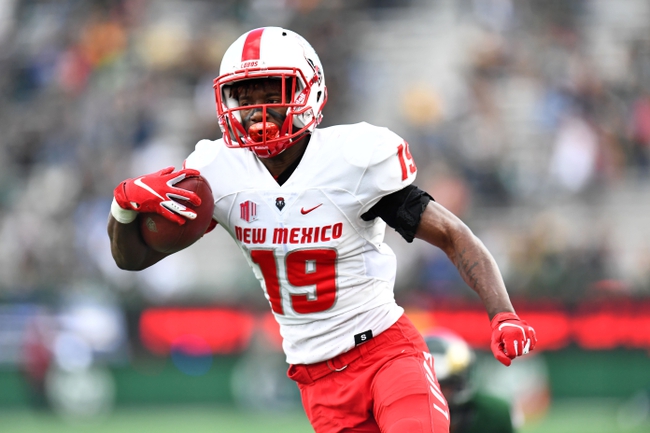 The New Mexico Lobos have won six games the last two years, and coach Bob Davie is back for another year. The New Mexico Lobos have lost each of their last five home games. New Mexico returns eight starters from an offense that averaged 26.6 points and 330 yards per game. New Mexico returns both of its quarterbacks from last year in Sheriron Jones and Tevaka Tuioti, a duo that combined for 18 touchdowns and 14 interceptions. If one of those guys could make better decisions with the ball, the Lobos could actually be rather decent offensively with all of the returning talent, especially WR Elijah Lilly, who averaged nearly 18 yards per catch. New Mexico returns two starters from a defense that allowed 36.2 points and 473 yards per game. There’s a lot of new faces on this New Mexico defense, but Nahje Flowers returns after 5.5 tackles for loss and linebacker Brandon Shook was solid in his first season with 40 tackles, two sacks and a pair of forced fumbles.

The New Mexico Lobos will have to figure things out defensively on the fly, but they have enough returning talent offensively to be respectable out of the gate and this is a must-win game if they're going to make anything of this season. After this game, New Mexico plays four of its next six contests on the road, including a meeting next week against Notre Dame. Yes, it's a season opener against an FCS program, but things could get out of hand rather quickly if the Lobos don't take care of business. I expect a New Mexico double-digit victory.