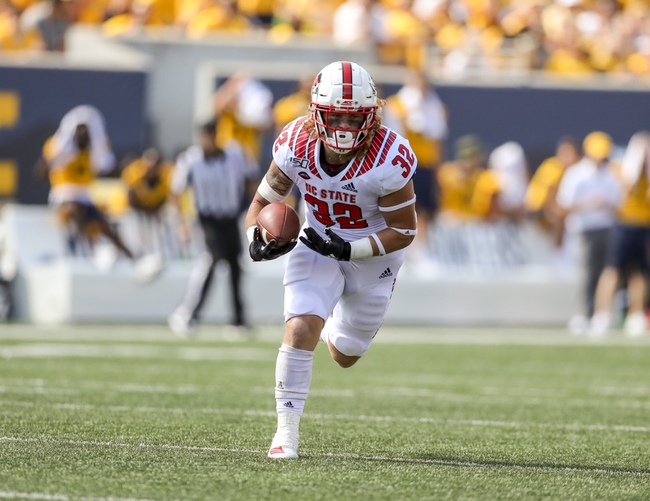 The Ball State Cardinals and the NC State Wolfpack will meet up in college football action on Saturday.

In the loss to the Owls, Cardinals QB Drew Plitt logged 303 yards with three scores and a pick, and Caleb Huntley had 86 yards rushing. Antwan Davis led the receivers on 76 yards and a TD.

Over on the NC State side, they’re 2-1 this season. The Wolfpack opened up with wins 34-6 over East Carolina and 41-0 over WCU but dropped to West Virginia 44-27 their last time out.

In the WVU loss, NC State QB Matthew McKay had 207 yards and one TD, and Zonovan Knight led the rush with 72 yards. Emeka Emezie hauled in 12 catches for 103 yards as well.

Offensively Ball State has played pretty well; they’ve posted at least 24 points in every game, but on the other side they’ve given up at least 29 in every game as well.

As for NC State, they’ve had some solid numbers on offense as well and shouldn’t have a lot of trouble putting up points here. I’m going to stick with the Wolfpack in this one.