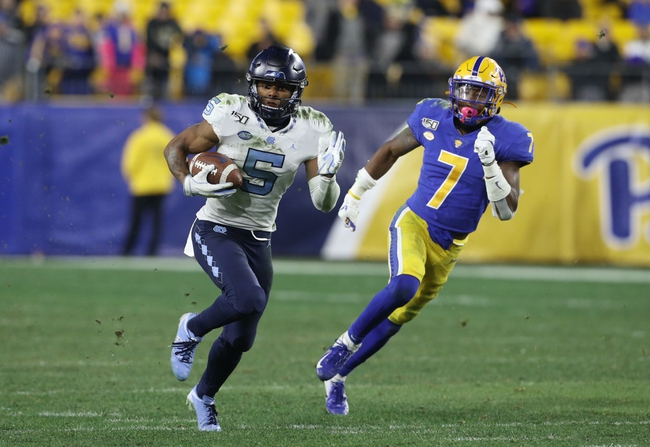 Mercer (4-7, 3-5) could be in for a whipping as it takes on North Carolina on Saturday. The Bears, who play in the Southern Conference, have been struggling to get wins even in the FCS. They have lost three of their last four games and have allowed more than 30 points eight times this season.

The Tar Heels (4-6, 3-4) don't have a good record on paper, but North Carolina has shown signs of life in a few games this season. Their wins over South Carolina, Miami, and Georgia Tech have all been good resume builders, but totally overshadowed by six losses in their last eight games. One of those losses came by just one point against No. 1 Clemson.

Freshman quarterback Sam Howell has been quite the gunslinger this season, and will likely be one of the big names in the ACC for the next couple seasons. Howell has thrown for 2,794 yards with 29 touchdowns compared to just six interceptions. In his last five games, he has thrown for 18 touchdowns. One of his best games came a few weeks ago in a narrow loss to Virginia, when he threw for 353 yards and four touchdowns, with no picks.

Junior receiver Dazz Newsome has been the top receiver for the Tar Heels this season, with 817 yards. In the last four games, he has gone for more than 100 yards three times and has reeled in four touchdowns. Sophomore Dyami Brown has been another big target, with 714 receiving yards and nine touchdowns.

Mercer is a team that has not really done much and is not going to be able to play that good against the Tar Heels here. Look for the Tar Heels to come in and tune up their quarterback and their offensive unit as a whole. What does not help the Bears out is the fact the Bears do not have the same level of talent. Final Score Prediction, North Carolina Tar Heels win 35-10.