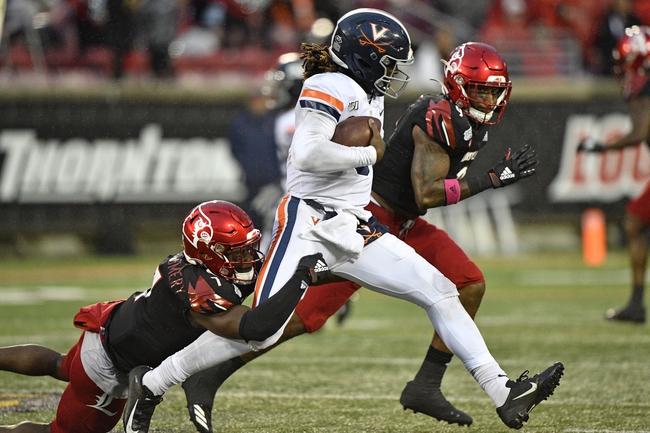 The Virginia Cavaliers visit Kenan Stadium in Chapel Hill, North Carolina on Saturday for an ACC clash with the North Carolina Tar Heels. Virginia fell to 5-3 on the season following its 28-21 loss to Louisville. The Cavaliers’ Bryce Perkins threw a 4-year touchdown pass to Tavares Kelly with 21 seconds remaining to cut the lead to 28-21 and the Cavaliers recovered the onside kick, but could not move the ball over the final 19 seconds and time ran out.

Bryce Perkins leads Virginia with 1,803 yards passing, nine touchdowns and eight interceptions and has rushed for 275 yards and five touchdowns. Wayne Taulapapa leads in rushing with 341 yards and nine touchdowns. Hasise Dubois leads the Cavaliers in receiving with 582 yards and two touchdowns. The leading tackler for Virginia is Joey Blount with 59.

North Carolina improved to 4-4 on the season following its 20-17 victory on Saturday over Duke. Chazz Surratt picked off a trick-play pass by Deon Jackson at the goal line in the final 14 seconds of the fourth quarter to give the Tar Heels the win. The Tar Heels improved to 3-2 in ACC play and sit tied for first in the Coastal division with Virginia making Saturday’s game huge for both teams.

North Carolina is coming off a huge win against Duke setting up this big game for first place in the Coastal division. Virginia loss a big game to Louisville and now much go on the road to beat North Carolina. However, the Tar Heels have covered the number in 5 of the last 6 at home and 23 of the last 30 at home versus an opponent with a winning record on the road. Final Score Prediction, North Carolina Tar Heels win and cover ATS 27-24