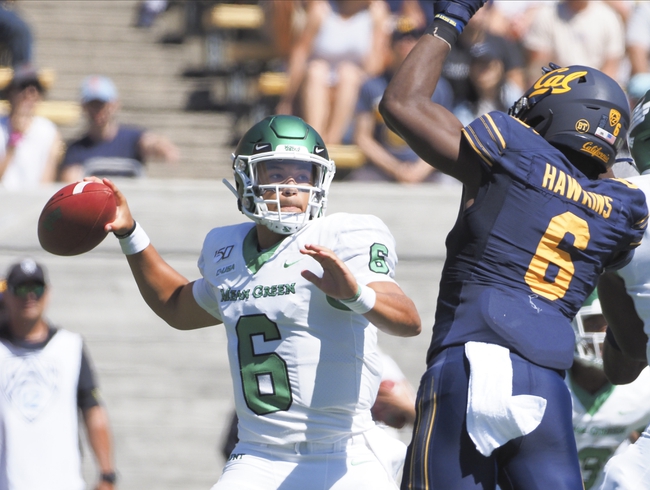 The Houston Cougars and the North Texas Mean Green meet in a week 5 college football matchup from Apogee Stadium on Saturday night.

The Houston Cougars will look to rebound from a 1-3 start with a road win here after a 38-31 loss to Tulane in their last outing. D’Eriq King has thrown for 663 yards, 6 touchdowns and 2 interceptions on 52.7% passing while also leading the Cougars in rushing with 312 yards and 6 rushing TDs. However, King announced his intent to transfer out of Houston and sit out the remainder of the season. Kyle Porter has added 273 rushing yards while Marquez Stevenson leads the Cougars in receiving with 17 catches for 234 yards and 3 TDs and Keith Corbin has 192 receiving yards and a pair of receiving TDs. Defensively, Grant Stuard leads the Cougars with 33 total tackles, including 25 solo tackles while David Anenih has a team-high 4 sacks this season. As a team, Houston is averaging 422 yards of total offense and 30.8 points per game while allowing 501 yards of total defense and 33.8 points per game against this season.

The North Texas Mean Green will look to build some momentum after getting back to .500 with a 45-3 trouncing of UTSA last time out. Mason Fine has thrown for 940 yards, 9 touchdowns and 3 interceptions on 61.8% passing while Tre Siggers leads the Mean Green on the ground with 395 rushing yards and 3 touchdowns. DeAndre Torrey has 211 rushing yards while Loren Easly has 114 rushing yards on the year. Jaelon Darden leads North Texas with 22 receptions for 220 yards and 3 TDs while Rico Bussey Jr., Michael Lawrence and Jyaire Shorter are all in the 100-yard receiving club for the Mean Green this season. Defensively, KD Davis leads North Texas with 41 total tackles while Dion Novil is UNT’s top sack man, logging 2.5 sacks this season. As a team, North Texas is averaging 451.5 yards of total offense and 35 points per game while allowing 383 yards of total defense and 26.5 points per game against this season.

Getting Houston in an underdog role is tempting, especially when you consider Houston’s reputation for being a gifted offensive team over the years. However, Something’s clearly different about this Cougars team, as the offense hasn’t been as consistent and the Cougars just ran out of gas against Tulane, blowing a 28-7 lead early in the 2nd quarter on the way to losing their last outing after being outscored 31-3 the rest of the game. It also doesn’t help that their starting quarterback is transferring from the program. North Texas has one of the better QBs in C-USA in Mason Fine, and I think that North Texas can find a way to get it done at home so I’ll lay the points with the Mean Green here as I just can’t trust Houston until they show me otherwise.

The pick in this article is the opinion of the writer, not a Sports Chat Place site consensus.
Previous Pick
Florida State vs. North Carolina State - 9/28/19 College Football Pick, Odds, and Prediction
Next Pick
BC Lions vs. Montreal Alouettes CFL Pick, Odds, Prediction - 9/28/19